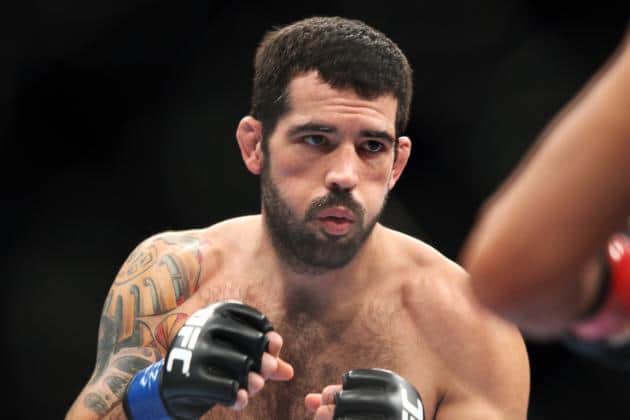 Super-exciting UFC welterweight Matt Brown has given a great account of himself in the octagon over recent years, with thrilling scraps against Erick Silva, Jordan Mien and Robbie Lawler highlighting his determination in fighting. The limelight was once again on “The Immortal” this past week, but for all the wrong reasons.

Brown was accused of assault by his former friend and Brazilian Jiu Jitsu coach Rodrigo Botti. The grizzly injury that Botti suffered made the story sound all the more damning, but the Ohio native has really given his side of the story yet. Speaking with MMAJunkie.com, Brown urges people not to judge him just yet:

“Unfortunately I can’t really talk too much about it,” Brown said. “There’s a lot that I would like to say. To anybody who thinks I’m in the wrong here, please don’t pass judgement until you hear the entire story. I see a lot of people on the Internet that apparently have a bad taste in their mouth over the story.

“I’m not some kind of violent person who is out there looking to pick fights with people. I keep it in the cage. Please just wait until you hear the whole story. Don’t judge me off of what obviously the other party is saying.”

It seems there may be a lot more to this story than first meets the eye, and hopefully it doesn’t impact on his upcoming UFC 185 bout with Johny Hendricks. Brown will battle the former welterweight champion, in an attempt to get a crack at the belt himself, as he explains:

“Beat Johny Hendricks, I don’t think it takes much more than that (to get a title shot),”

“I’ve never had a lack of confidence,” Brown said. “It’s just needing to believe this is my destiny, this is my fate. It should have been years ago. It’s my fault that I wasn’t, but I believe this is come all along at the right time. I just had to put all the pieces together and allow things to happen. Fortunately, things are starting to happen my way. We’ll see what happens March 14 and go from there.”

“The Immortal” was a hair’s breadth from a title shot when he fought Robbie Lawler at UFC On FOX 12, and still fought very bravely. Should he conquer “Bigg Rigg” on March 14th, it would be hard to argue against him getting a rematch with “Ruthless”. The welterweight division is still a shark tank, and Matt Brown is planted firmly in the mix.

He’ll be 13-6 overall in the UFC with a win at UFC 185, but that’s no small task when you’re talking about the former champion and a guy who arguably beat Georges St-Pierre.