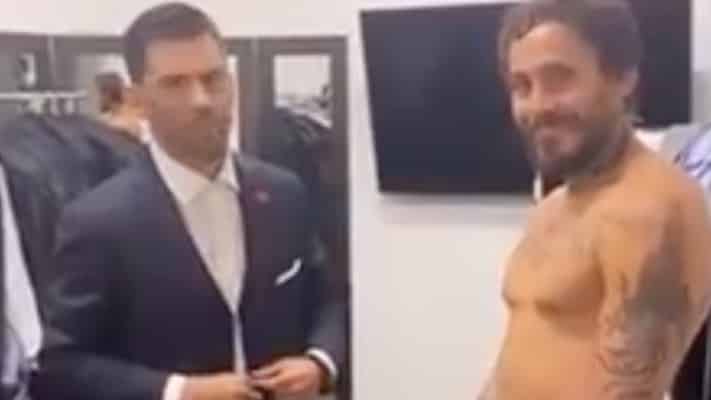 Marlon Vera had a very interesting encounter with Dominick Cruz.

Vera returned to the win column with an impressive unanimous decision win over Davey Grant on the main card of UFC Vegas 29 last night. In his post-fight interview, he called for a fight with Cruz who was commentating cageside.

All in all, it seemed like Cruz wasn’t too interested in facing someone below him. That said, that wasn’t the last he’d see of Vera that night.

Thanks to Michael Bisping, we got to see Vera interact with Cruz backstage…with the latter being pantless.

“I really don’t like you but I don’t have my pants on so I know how weird that is,” Cruz said to Vera while Bisping proceeded to clown him afterwards.

As far as fighting is concerned, Cruz last competed in March when he returned to the win column with a unanimous decision victory over Casey Kenney. He is currently ranked No. 9 while Vera is No. 15.