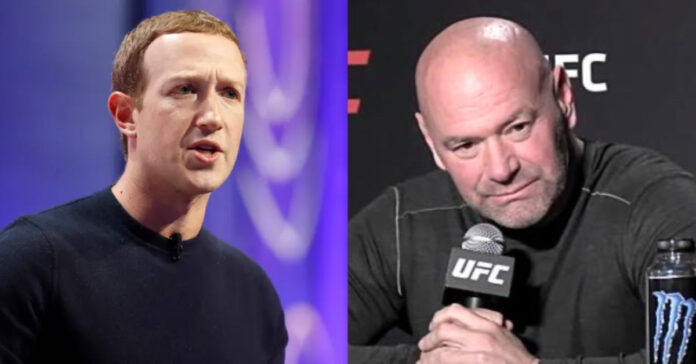 Mark Zuckerberg was seated front row for UFC Vegas 61, even after Dana White said that the claims of Zuckerberg renting out the Apex were “total bullish*t”.

UFC Vegas 61 headliner Mackenzie Dern claimed that Zuckerberg was renting out the entire Apex for himself, but was unsure if it was just for him or if he was having others with him as well. The event was closed to the public for both the media and for fans as it had a pandemic event type feel to it. White shot down those claims in a tweet, saying that those claims were completely false. Was White lying? If not, why would the event be closed off to the public, when the Apex hasn’t been closed off in quite a long time.

Zuckerberg was enjoying himself, as he is an avid MMA fan. The billionaire was even there for the prelim fights, proving he’s not just a “casual” fan. Zuckerberg took up watching MMA during the pandemic and even started training as well. He was having a great time, but his wife on the other hand looked to be mortified by the violence at times. She was screaming and grabbing her face multiple times during some nasty exchanges.

Zuckerberg posted a photo of him and his wife with Dern before her bout at UFC Vegas 61.

“Excited to see Mackenzie Dern fight tonight in Vegas. Thanks Dana White for inviting us!” Zuckerberg captioned the photo

Maybe the claims weren’t quite “total bullish*t”, like White alluded too.

Do you think Dana White lied about Mark Zuckerberg buying out the Apex?