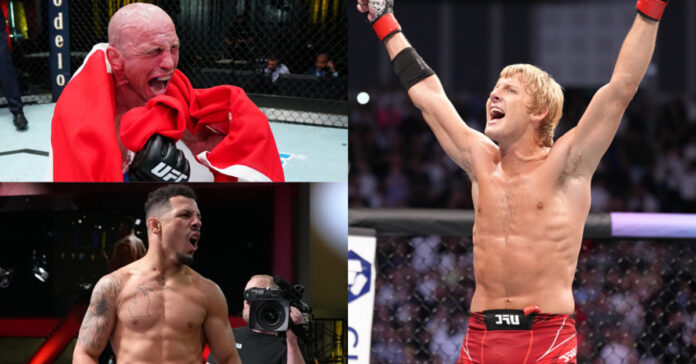 Following Pimblett’s entertaining return to the O2 Arena, the Olympian attempted to capitalize on the moment, calling out ‘The Baddy’ on Twitter.

Madsen’s tweet gained some attention, but it wasn’t from Paddy Pimblett. It was from fellow wrestler Drakkar Klose who questioned why Madsen was calling out Paddy Pimblett when Klose had called out ‘The Olympian’ twice with seemingly no response.

“Why you trying to fight a kid. I called you out twice but got [crickets]”

‘The Olympian’ Responds to Klose Following Callout of Paddy Pimblett

Madsen was quick to reply to Klose’s claim saying that he accepted the fight, but Klose opted to face Rafa Garcia at UFC 277 on Saturday.

“Why are you fighting Garcia. I accepted the fight @drakkarklose and you pulled out!”

“if you accepted the fight, where was the contract? I’m the one on the card. Next time make Denmark proud and don’t duck call-outs, be a man. #thatstwice”

Madsen again responded to Klose, inviting the Michigan native to stop by the gym anytime.

“You’re 5 min away. Stop by the gym anytime. Or are you too afraid of my coaches. @TinoDeFranco @allinmma @HenryCejudo @CPTdasAmericas

Madsen last appeared at UFC 273 in April. He defeated Vinc Pichel to earn his fourth straight win under the UFC banner and his 12th straight victory overall to remain undefeated in his mixed martial arts career. Madsen earned an Olympic silver medal at the 2016 Olympic Games in Beijing while competing in the Greco-Roman 75kg class.