It’s been well documented that after knocking out Daniel Cormier in the main event of UFC 214 last month to win the UFC light heavyweight title, Jon Jones called out former UFC heavyweight champion Brock Lesnar. This led to Lesnar being quick to respond to Jones, and this has resulted in the belief that a superfight is in the works.

There has been a mixed reaction to this possible fight. Some love it, and some hate it. One person who is not a fan of the fight is UFC heavyweight fighter, Mark Hunt.

Lesnar and Hunt have some history together as Hunt is the last man to have fought Lesnar in the world famous Octagon last year at UFC 200. This marked Lesnar’s return to MMA after an almost five-year retirement. As seen in the fight, Lesnar won a unanimous decision that night which was subsequently overturned when it was revealed he failed two USADA issued drug tests before the bout. This led to Hunt filing a civil suit against Lesnar and the UFC to settle his grievances.

Hunt recently appeared on the Real Quick (transcript courtesy of MMA Fighting) with Mike Swick podcast to talk about this potential fight. He believes it’s a clash between “the two biggest cheaters in the world.”

“Look at these f**kers. You’ve got Jon Jones, for instance. That guy is the best, one of the best fighters in the world but he’s a cheater. . . Just like Brock Lesnar, you’re all a pack of frickin’ dog cheats, that’s all you are. Nothing else.

“So now the two f**king biggest cheaters in the world are going to fight! Oh f**k. . . I’m not gonna waste my money watching two cheaters fight. Why would I? They’re cheaters, in the end. That’s basically all they are. They should get nothing. I used to respect Jon Jones before this, but I don’t respect him after this. When you get caught for doping, and he got caught for the same dope that Lesnar did, you shouldn’t – he’s not a martial artist, none of them are. They get no respect from me. None. I wouldn’t want to waste my f**king time watching that s**t.”

On the flip side, Jones was also set to compete at UFC 200 in the main event against Daniel Cormier for the UFC light heavyweight title. However, the bout was pulled after he failed a drug test. “DC” would instead fight Anderson Silva at the event. Both men were suspended for one year, and Lesnar was also fined $250,000.

According to the hard-hitting fighter, he doesn’t think anyone should want him to anyway.

“Cheating is nothing to be proud of. That’s the wrong message. We don’t allow that as a society so why do we allow that, especially in fighting? Fighting is you hurting people.” 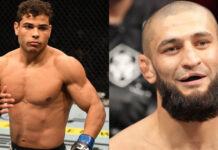 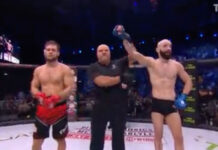