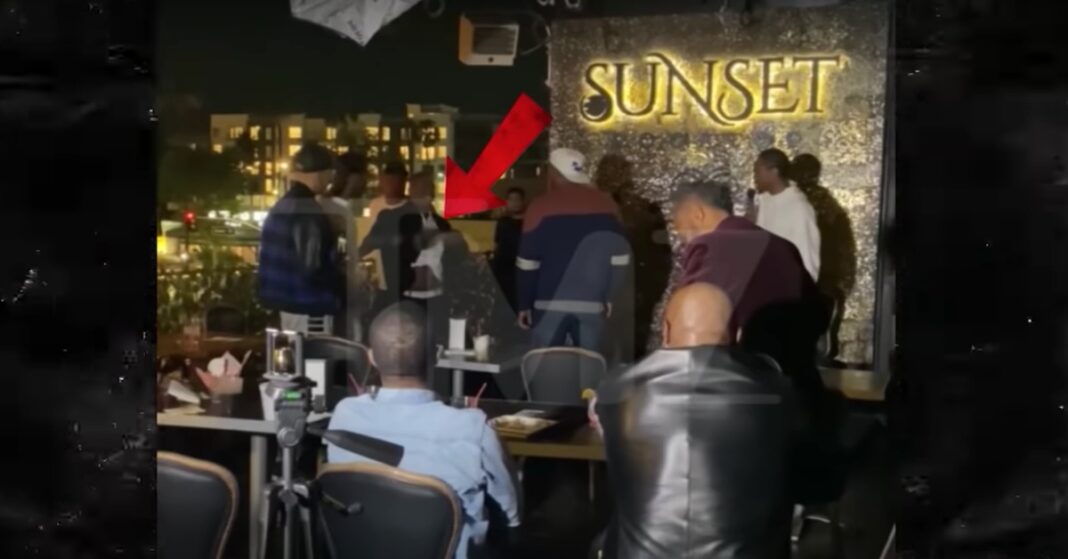 Tyson, who was attending a comedy show at the Sunset comedy club in Hollywood, California – was invited to a fight with an intruder, who claimed he was hoping to test his skills against the now-retired former world champion in a bid to help elevate his “status”.

During the video footage, which was obtained by TMZ, the unknown male is held back by numerous other men, while Tyson sits at his table in the front row of the venue, motionless.

Whilst much of the audio during the footage is “inaudible”, the venue’s host urges him to stop with his display as well as instructing him to leave the premises.

“Get the f*ck out of here, I’m not playing, bro,” The host of the night tells the man before he then reaches for a handgun from his waistband.

Returning the firearm to his holster soon thereafter as patrons hid under tables and event hosts backed away, the man then urged former champion, Mike Tyson to not call police, before Tyson then hugged and embraced the male. Los Angeles Police also confirmed that they had not been called to the incident or responded.

Tyson, who turns 56 years of age back in June, has dismissed links with a return to the professional ring for the first time since his June 2005 retirement fight against Kevin McBride – despite constant links to a fight against the undefeated YouTuber, Jake Paul.

Over the course of his hugely decorated professional career, Mike Tyson, regarded to the consensus as one of the scariest punchers to ever step foot between the squared circle, managed to clinch a whopping 44 separate career knockout wins – establishing a 50-6 professional record.