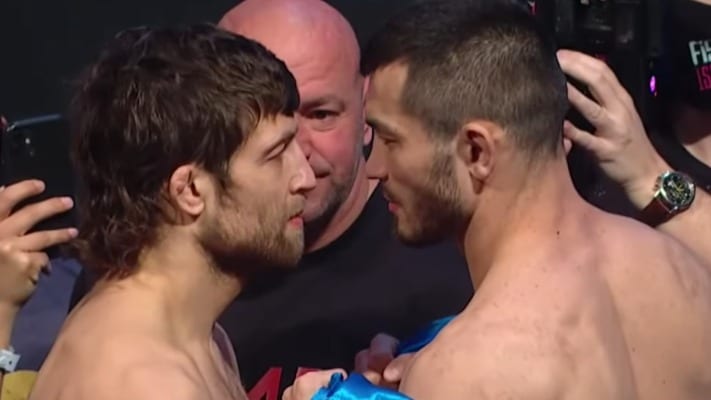 Next up on the UFC 257 main card is a middleweight bout between Andrew Sanchez and Makhmud Muradov.

Round 2: Sanchez clinches up Muradov but the latter separates with a head kick that is blocked. The fight is momentarily stopped due to a groin strike on Muradov. The fight resumes. After a striking exchange, Sanchez goes for a takedown. Muradov lands some elbows in response and defends the takedown but is clinched up against the fence. They eventually separate. Both fighters are now fighting in the pocket a lot more — especially Sanchez who seems to be showing a lot more confidence. Muradov lands a nice jab. He follows it with a big left and right hook. Sanchez just about dodges a huge head kick. Muradov lands a nice right and ends the round strong.