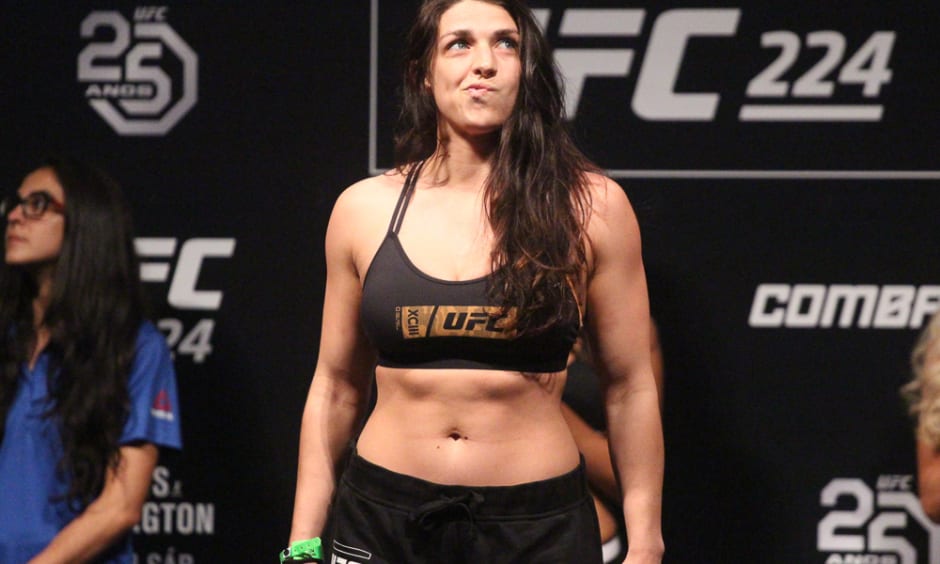 Mackenzie Dern is pregnant, but she won’t let that cut into her blossoming fighting career too much.

The rising UFC women’s strawweight contender recently announced that she was expecting her first child with boyfriend Wesley Santos. She’s quite far along as well. Dern revealed she was seven months pregnant and her child is expected to be here this May.

The hyped submission artist wants to get back to fighting sooner than later. She’s looking to become the first mother to become a UFC champion. With that info out in the open, Dern said on today’s episode of ‘Ariel Helwani‘s MMA Show’ that she hopes to fight even this year:

“I’m excited for this opportunity to maybe even make history [as the first mom to win a UFC title],” Dern said on Ariel Helwani’s MMA Show. “I want to fight this year, hopefully. This is going to give me even more motivation now.”

She said she always wanted to her child to watch her fight after growing up watching her father, Brazilian jiu-jitsu legend Wellington ‘Megaton’ Dias, competing:

She’s hoping her child will want to compete in martial arts or maybe even surfing, where her boyfriend Santos is a professional himself. She hopes her child will fight because she can help find success in that area:

“Hopefully the baby wants to do one of those, but hopefully fighting,” Dern told Helwani. “I know what you need to do to have success, I had my dad teach me that and all of the ups and downs and battles I went through. … I can make it an easier path for them to have success in their career.”

“I don’t really know what to expect,” Dern said. “I’m most excited to get back in the cage, fighting for the baby and my family. I’m doing it for something more than just me, and that’s exciting.”

When she does return, Dern said she hopes to compete at 115. She’s had her issues making weight there before having a child, so many have claimed she has to move up. Yet while she considered going up to women’s flyweight, she’s still aiming for strawweight when she gets back in the Octagon: