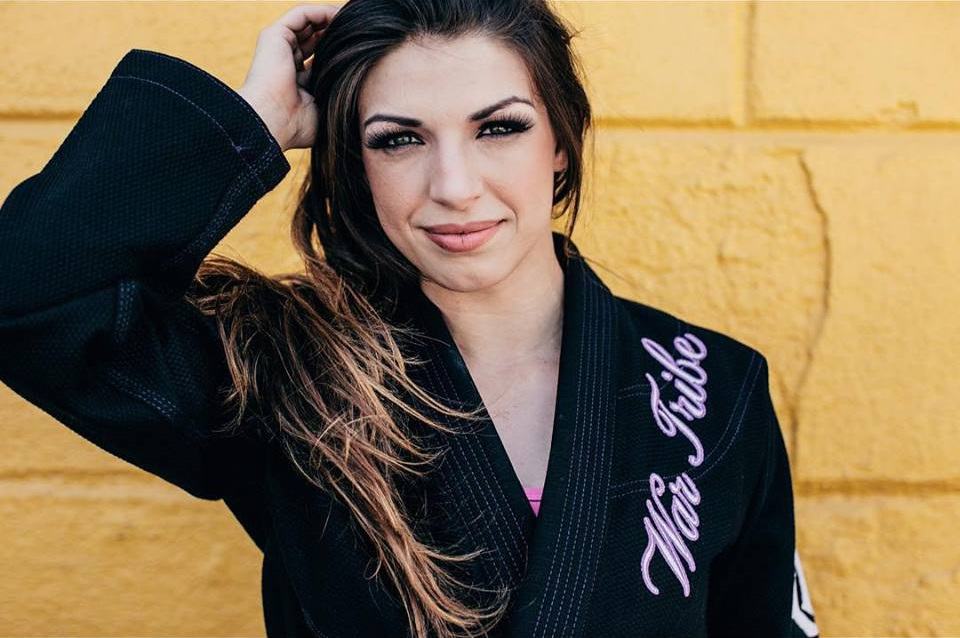 As one of the more decorated and well-known female competitors in Brazilian jiu-jitsu, Mackenzie Dern will bring her undefeated MMA record to the Octagon at this weekend’s (Sat., March 3, 2018) UFC 222 from Las Vegas, Nevada.

With three submission wins on her 5-0 MMA record, Dern has predictably been called ‘the next Ronda Rousey’ – something the UFC badly needs right now – by a never-ending stream of sources.

However, headed into her anticipated UFC debut, Dern isn’t exactly on board with all of the comparisons. While she certainly respects what Rousey accomplished in the UFC, she told TMZ Sports that she wants to be her own person in the sport and possibly accomplish even more:

”For sure it’s flattering that when they see me they remember her, that they can see me as her when she was fighting and everything. But, at the same time, to be another Ronda Rousey, it’s like for sure she’s done so much for the sport, and me like personally I hope I can do at least as much if not more for women’s MMA that she’s done, that’s a big inspiration.

”But we are two different people, different personalities, different histories, different obstacles we were facing, when she came into the UFC and now that I’m in the UFC. So I think the biggest thing is it’s a new era, you know? A new generation. So I think it’s nice that people think that, but man, I’m not like the next Ronda Rousey. I’m the new Mackenzie!”

So while she may be touted as the next big thing in women’s MMA, Dern knows she’s still a bit green in terms of an overall MMA body of work outside of jiu-jitsu, shifting her focus to working towards becoming the most well-rounded fighter she can be:

”I came in here to be the best MMA fighter possible. So if I can be like known in the future for being an all around good MMA fighter and not just at jiu-jitsu, I’ll be like, ‘Mission accomplished!’”