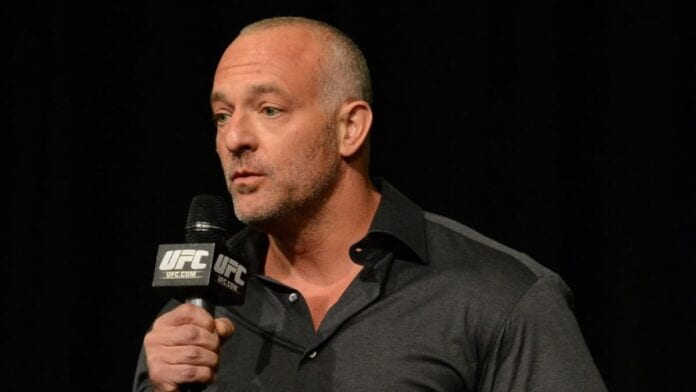 Well, it seems as if the battle to get mixed martial arts (MMA), the fastest growing sport in the world, into New York will continue for yet another year. The bill passed through the Senate this year, which it has in many previous years, and many were hopeful that it would pass through the Assembly and become legalized, but it failed once again.

The corruption in NY politics is DISGUSTING!!!!

UFC CEO Lorenzon Fertitta, who has been open about his desire to put on shows in the Empire State, released an official statement via UFC.com today (June 26, 2015), saying that while he is disappointed, the UFC will not stop fighting, as they believe legalizing MMA in New York is the right move:

Although obviously wanting his sport in New York, Fertitta claims that the UFC is not harmed by the decision, but rather the restaurants, arenas, and unsanctioned amateur fighters are:

“UFC is not harmed by not being in New York, as much as we would like to be there for our fans and for the arenas, hotels, restaurants, and other businesses which would see substantial economic benefits from the legalization of MMA in New York. “However, the thousands of New Yorkers who engage in MMA – at the professional and amateur level – are hurt.  Thousands of New Yorkers participate in amateur MMA events in the state every year, and because there is no regulation and oversight, their health and safety are at risk. “We genuinely feel bad for the hotels, restaurants, gyms, and other businesses that support our effort and have championed this cause.  We also feel bad for New York’s arenas – large and small, particularly those upstate – that have worked alongside us to pass the legislation.”

At the end of the day, the UFC CEO thanked the bill’s leading advocate, Assembly Majority Leader Joe Morelle, and while once again voicing disappointment, Fertitta stated that the drive to legalize MMA in New York has never been greater:

“We want to thank Assembly Majority Leader Joe Morelle – a true champion – and the 73 other Assembly cosponsors who know passing this bill is the right thing to do. We will continue to work with them to educate the rest of their colleagues.  And of course our thanks go as well to Senator Joe Griffo and his colleagues.”

“Our disappointment with the Assembly’s failure to vote on and pass the bill has never been greater – simply because of the demonstrated support we have among rank and file legislators.  However, our resolve to see this through has also never been greater.”

Will we ever see MMA in the Empire State?