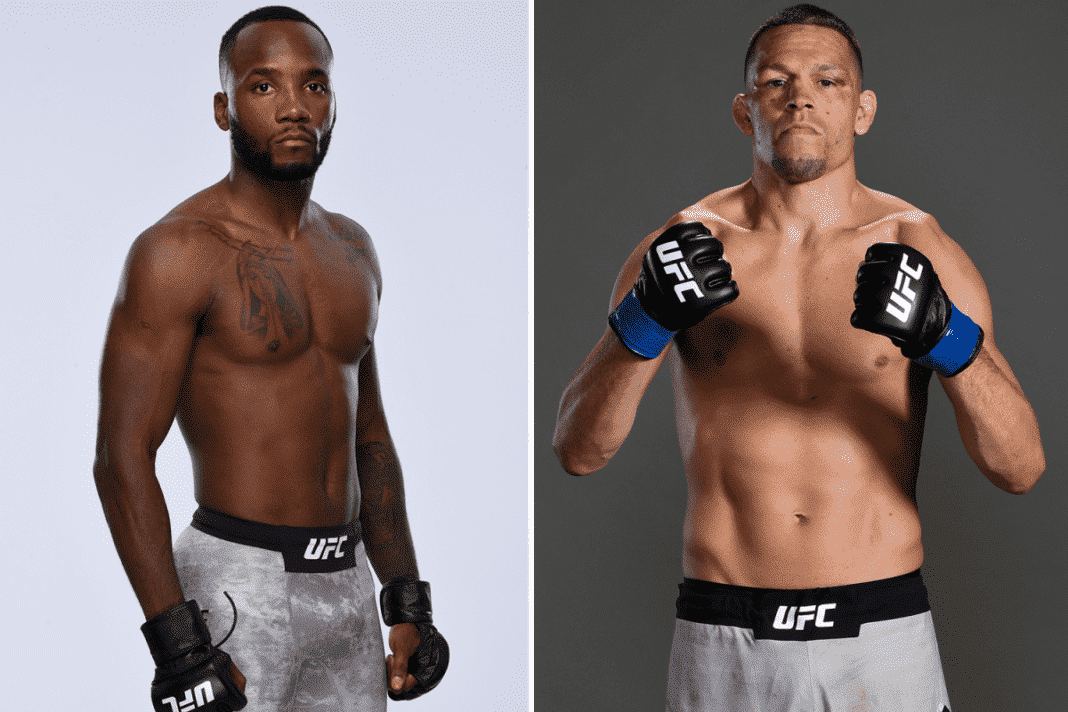 The number 3 ranked Welterweight in the world Leon Edwards was scheduled to fight Khamzat Chimaev, however the bout fell through for the third time earlier in the week. Edwards has made it clear that he’s ready to fight and wants to stay on the March 13 card.

Edwards took to Twitter to call out Nate Diaz saying “Nate just dribbled for an hour about wanting to fight at 170 against winners… let’s see it then @NateDiaz209. 8 fight win streak and #3 in the world. Let’s go if you still think you’re a real one”

Diaz would respond to “Rocky’s” call out by tweeting a photoshop of Leon Edwards head on Jeremy Stephens, and tweeting “And who the f*ck is this?”

Following Diaz’s tweet, Edwards took aim at the UFC Superstar stating “Nate your photoshop skills are as bad as your fight record. and you used Conor’s line wtf.”

It seems like Diaz doesn’t have any interest to take the fight against Edwards, however it seems like the promotion still has big plans for Edwards and are looking to book Edwards vs Colby Covington in a number 1 contender fight. UFC President Dana White White said on Friday “I think what we do now with what happened to Khamzat, we’re looking at Colby vs. Leon,” White stated. “The winner of that fight would fight Usman next.”

Edwards has been away from action for over a year and a half, but to no fault of his own. Since his last fight “Rocky” has been scheduled to fight 4 times, once against Tyron Woodley and three times against Chimaev, however the fights keep getting cancelled for one reason or another. Edwards has been on a 8 fight win streak and is seemingly one win away from a title shot.

Who would you like to see Edwards fight next?