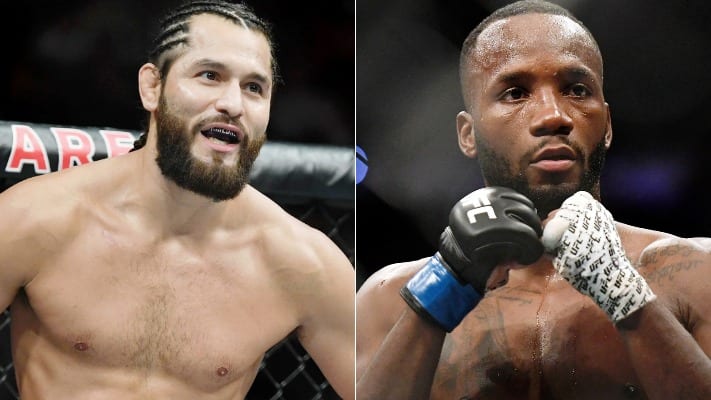 After the fight, Edwards called out rival Jorge Masvidal to settle their differences inside the Octagon. However, Masvidal told Edwards to keep his name out of his mouth until his quest for the UFC welterweight title is complete. Masvidal comes off a record-breaking five-second knockout win over Ben Askren.

Speaking after UFC San Antonio last night, Edwards was baffled over talk of Masvidal receiving a title opportunity next. Edwards doesn’t think Masvidal has defeated anyone of note in his past several fights (via MMA Junkie):

“Who has Masvidal beat?” Edwards said. “He beat Ben Askren, Ben Askren has fought nobody. He got a close victory against Robbie (Lawler). Apart from that I couldn’t tell another person who’s he beat that’s a big name.

“He went to China or wherever it was and stacked a 9-0 record, came to the UFC, and then talked a lot of (expletive), and then he got to No. 5 above me, which is weird.”

As for Edwards, he’s now on an eight-fight win streak, the second-longest win streak in the welterweight division behind champion Kamaru Usman’s 10:

“I’m on an eight-fight win streak now and was No. 11, that’s crazy. That’s second most to world champion,” Edwards said. “That’s madness. That shows that it’s not about fights or technique, and it’s not about winning. It’s about talking trash on social media. That’s what gets you up there.”

Edwards was not impressed by “Gamebred’s” win over Askren. In fact, if they fought several more times, Edwards believes things play out much differently:

“I believe Masvidal is an amateur. He has beaten nobody that I can say that he is amazing,” Edwards said. “He did a flying knee against Ben; Ben is an amateur. He’s slow, he’s old, he is a grappler. He’s taken big confidence from it.

“It’s one of those things that, if they fought 10 out of 10 times, that would never happen again. I believe I am better than Masvidal anywhere in the fight, and I’ll get an opportunity to prove it.”

Do you think Masvidal should be competing for a welterweight title in his next fight?