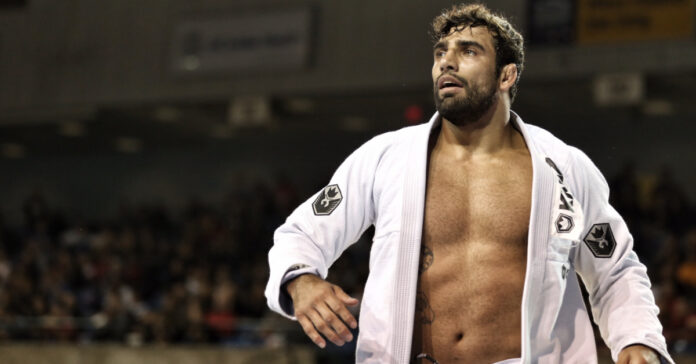 Leandro Lo, widely considered to be one of the best pound-for-pound grapplers to ever grace the mat, was shot in the head during an altercation at a club in São Paulo during the early morning hours of August 7th.

The multi-time world champion was rushed to a local hospital but succumbed to his injuries. The shooter was identified as Henrique Otávio Oliveira Velozo, a military police officer per a report obtained by Combate. A case was opened at 1:57 a.m. local time and confirmed that Velozo is currently on the run. At the time of the report, Leandro Lo was still fighting for his life, but according to the family’s lawyer, Lo is clinically brain dead and will not recover.

“Preliminarily, this is an incident involving the multi-time world champion of jiu-jitsu Leandro Ló Pereira do Nascimento and the military police officer Henrique Otávio Oliveira Velozo. As witnesses report, police officer Henrique, after a brief discussion, went to the table of the victim Leandro , taking a bottle from the table, in a continuous act the victim got up, took the bottle from the author’s hand and, in a struggle, knocked him down and immobilized him.

“At this moment, the victim’s colleagues separated both and asked ‘to leave it alone’. The author (Velozo), after getting up, went around the table and, facing the victim, drew his gun and fired a shot, which hit the frontal region of the victim’s head (forehead, left side). very serious at the Dr. Arthur Ribeiro de Saboya Municipal Hospital.”

The incident went largely unnoticed inside the club due to the loud noise that surrounded patrons, but one witness who asked not to be identified detailed the incident which led to the shooting.

“He arrived, took a bottle of liquor from our table. Lo just immobilized him to calm down. He took four or five steps and fired,” said the witness.”

Born in May 1989, Leandro Lo first entered the world of Brazilian jiu-jitsu through the Projecto Social Lutando Pelo Bem (PSLPB), a social project for underprivileged children in 2004. As a natural athlete, Lo quickly made a name for himself on the junior circuit winning at the World Championships in 2005 and 2006.

By 2012, Leandro Lo had established himself as one of, if not the best Brazilian jiu-jitsu practitioners on the planet, winning at the World Championships, the Pan American, and the Brazilian Nationals. Dominating for years at lightweight, Lo began to compete in varying weight classes. Dominant as ever, Lo went on to make history winning the world championships in five different weight classes, beating a record set by BJJ great Saulo Ribeiro that stood for two decades. Lo earned another world title in 2022, taking the top spot in the IBJJF medium-heavyweight division this year.

Fans on Twitter continue to mourn the loss of the BJJ legend following the news of his tragic passing.