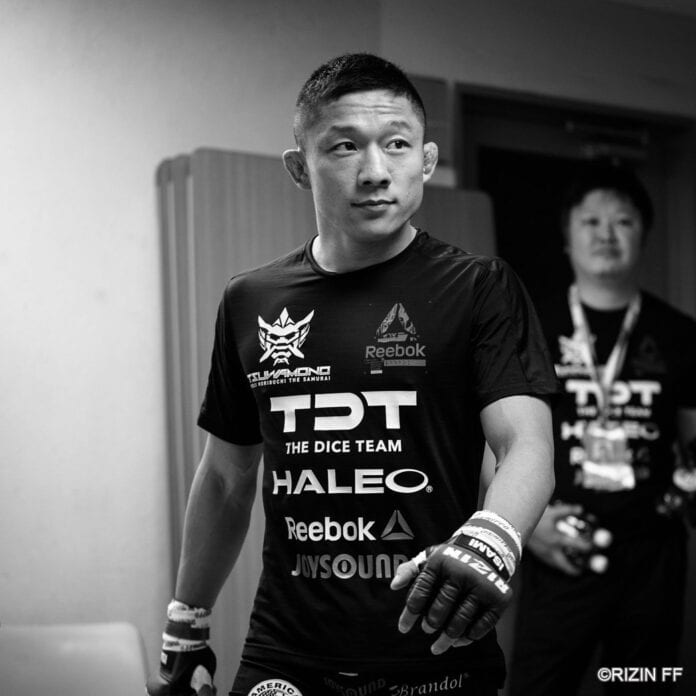 RIZIN FF bantamweight Kyoji Horiguchi is healing well after suffering after a serious knee injury last October. The 29-year-old vacated both his RIZIN FF and Bellator bantamweight titles following the injury, which consisted of a torn ACL and meniscus damage.

In a recent interview with Japan’s Sports Graphic Number magazine, Horiguchi spoke about his recovery — now into its eighth month— as well as his plans for the future.

“There are very few fighters who have recovered from this injury, that’s why I want to be the first to show that I can be back with this injury. The team that I belong to has supported me, and I am recovering faster than planned, ” Horiguchi said.

The former UFC veteran has been living in the US for the past four years. He has based himself in Florida and trains out of American Top Team. The lifestyle seems to suit the Takasaki native who is aiming to stay permanently in the US, and while no fighter enjoys a spell on the sidelines, Horiguchi has been careful to not waste his rehabilitation counting down the days until his return but instead use it to analyze his game and look for ways to improve.

” I’ve been thinking of changing my fighting style a little, and I’ve been working on training that can overwhelm [opponents]not only hitting but also wrestling. I was able to increase the range, and I am now stronger,”

Horiguchi’s last outing was a non-title fight at Rizin 18, where he suffered a shock first-round KO loss to the surging Kai Asakura. His first order of business once he has fully healed, will be the rematch with Asakura.

When it does take place, Horiguchi promises fans will see a stronger Kyoji Horiguchi entering the ring.

Would you be keen for a rematch between Horiguchi and Asakura?