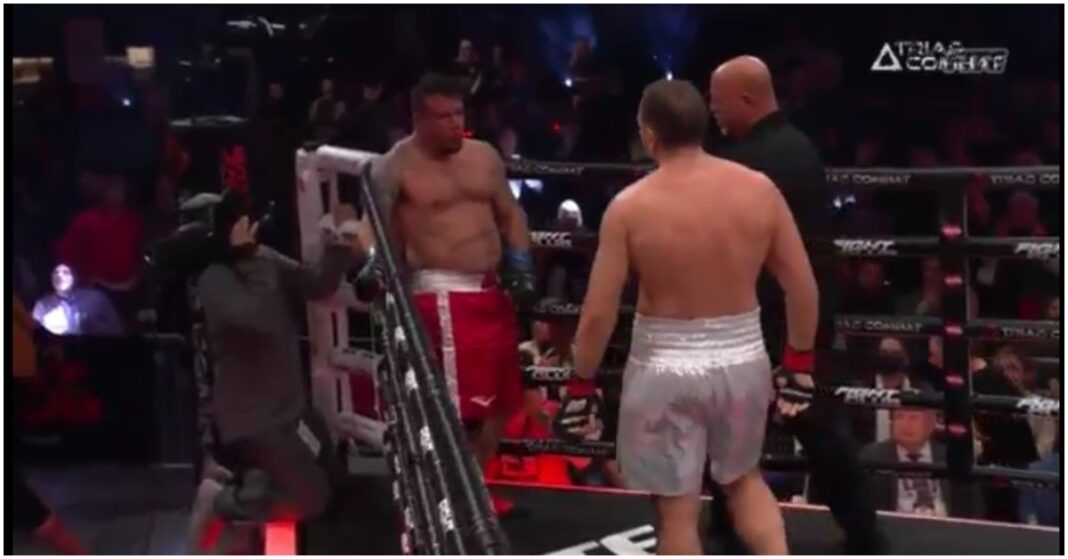 Mir started the fight by clinching up, but could not keep Pulev in his grasp. Pulev was able to pick apart Mir while keeping his distance and landed a few power shots that had Mir wobbling on his feet. Referee Dan Miragliotta stepped in to call off the fight with Mir still on his feet in the corner.