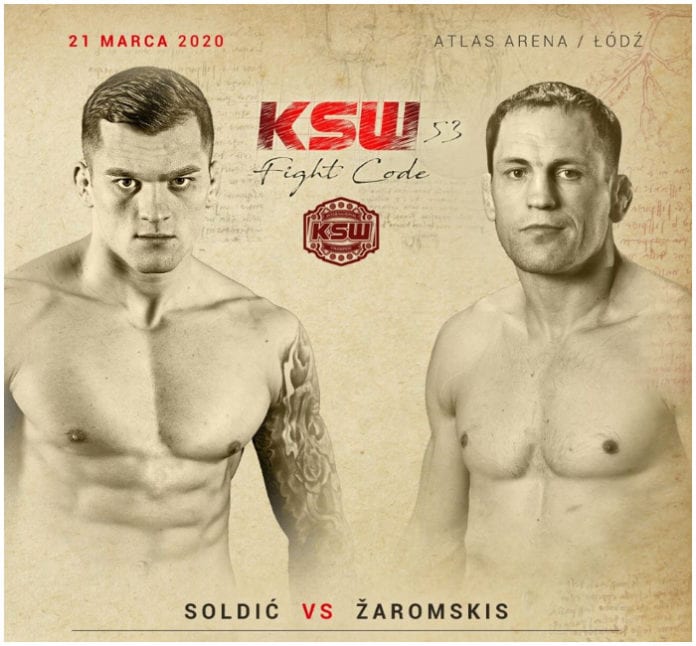 Polish MMA promotion KSW will host its first event of 2020 on Saturday, March 21. KSW 53 will take place inside the Atlas Arena in Lodz, Poland, with Croatia’s Roberto Soldic defending his welterweight crown against Lithuania’s Marius Zaromskis in the main event.

The 25-year-old is riding a four-fight winning streak and will be making the second defense of his title. In Zaromskis he will face an MMA veteran who has fought under several different banners including the now defunct Japanese promotion DREAM and Bellator.

The original headline act was to be between Polish cult hero Mariusz Pudzianowski and France’s Quentin Domingos, but a recent injury to Pudzianowski has seen that fight shelved.

However, despite that blow, KSW fans can still look forward to seeing Mateusz ‘Gamer’ Gamrot finally back in action. Gamrot, who currently holds the featherweight and lightweight belts, will face off against Brazil’s Edimilson ‘Kevin’ Souza in a non-title lightweight encounter.

Souza, a four-fight UFC veteran, comes into this bout on the back of two straight wins picked up on the local Brazilian scene. The 35-year-old will provide a stern test for the undefeated Gamrot, and the contest looks set to be one the cards must-see matchups.

Below are the fights that have currently been announced for KSW 53.