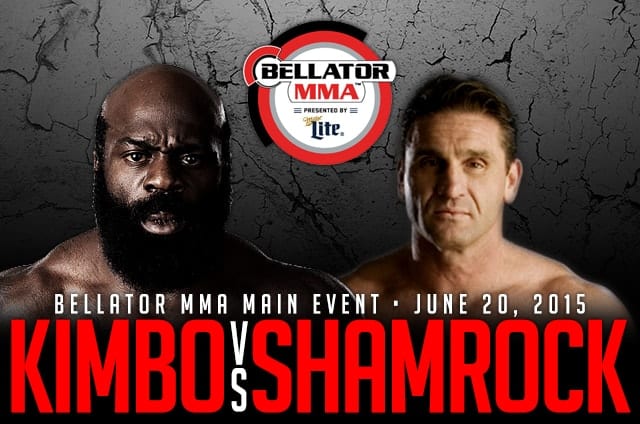 It was another exciting comeback finish when Kimbo Slice met Ken Shamrock in a main event nearly seven years in the making at tonight’s (Fri., June 19, 2015) Bellator 138 from the Scottrade Center in St. Louis, Missouri.

Not surprisingly, Shamrock came out looking for a takedown early, securing a couple to ground Slice and lock on a rear-naked choke. It looked as if the legend had the hold locked up, but somehow Slice persevered to return to his feet and land some big strikes on Shamrock, ending with a thunderous right hand that earned the stoppage from Referee John McCarthy.

Check out the full fight video of Slice’s come-from-behind victory courtesy of Zombie Prophet below: