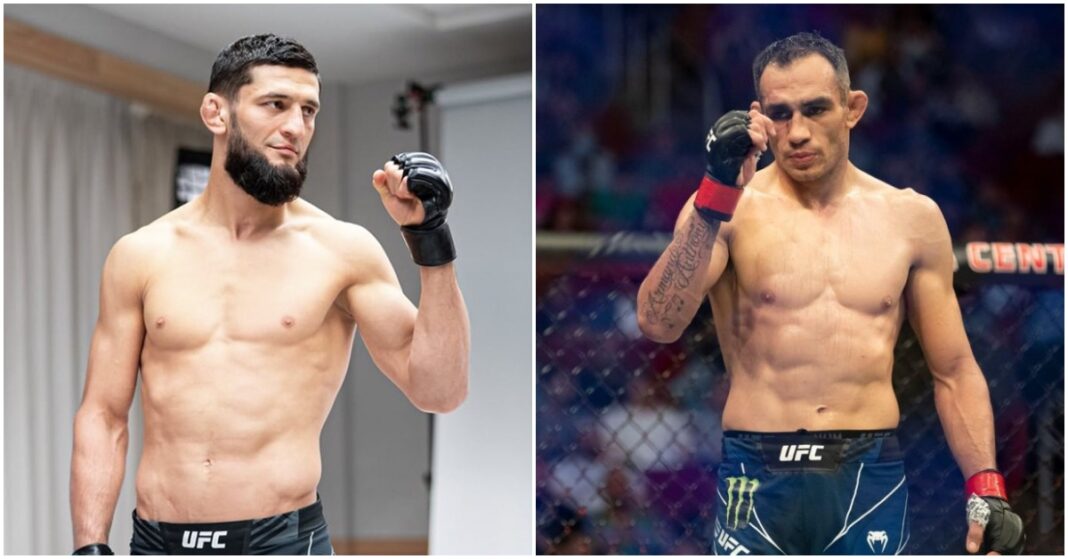 The main card of UFC 274 saw a number of exhilarating matchups, with fans arguably most excited for the 155lb clash between Michael Chandler and Tony Ferguson, although Charles Oliveira vs. Justin Gaethje was held in similar, if not higher, regard.

Ferguson was hoping to return to his winning ways, after dropping three consecutive losses to Justin Gaethje, Charles Oliveira, and Beneil Dariush. He started strong, sending Chandler tumbling to the canvas with a crisp combination of strikes. Round one ended, with Ferguson likely up on the scorecards.

However, seconds into round two, Ferguson was hit by a front kick reminiscent of Anderson Silva or Lyoto Machida. Ferguson crumpled to the ground, completely unconscious, whilst Chandler proceeded to begin flipping around the cage, quite literally.

As the dust now settles, there has been an ovation of support for Tony Ferguson from numerous members of note within the world of MMA. Even Khamzat Chimaev, who has garnered a reputation for being a ‘cold-blooded killer,’ publically reached out in support of Ferguson.

“Keep your head up you are already a legend in this sport @TonyFergusonXT (Tony Ferguson).”

What is next for Khamzat Chimaev?

Khamzat Chimaev’s most recent octagon appearance was a three-round war with former title challenger Gilbert Burns. ‘Borz’ kept his undefeated status, in an extremely competitive bout. It is unclear who Chimaev will fight next, although it seems likely that there are two front runners, with Dana White stating that he is still one fight away from a title shot.

The most obvious pick is Colby Covington, the current No.1 contender at 170lbs. The only issue with this matchup, is that Covington is reportedly currently dealing with concussion symptoms following the assault by Jorge Masvidal. This may result in the fight taking too long to be made for Chimaev, who is known to compete as regularly as possible.

The UFC are also interested in booking a fight between Khamzat Chimaev and Nate Diaz. This matchup makes next to no logical sense, as Diaz is not ranked, nor is he riding an impressive win streak. However, the Stockton fighter is a massive name in the sport, and a win over him would do dividends to introduce Chimaev to wider audiences.

Who do you think Khamzat Chimaev should fight next?