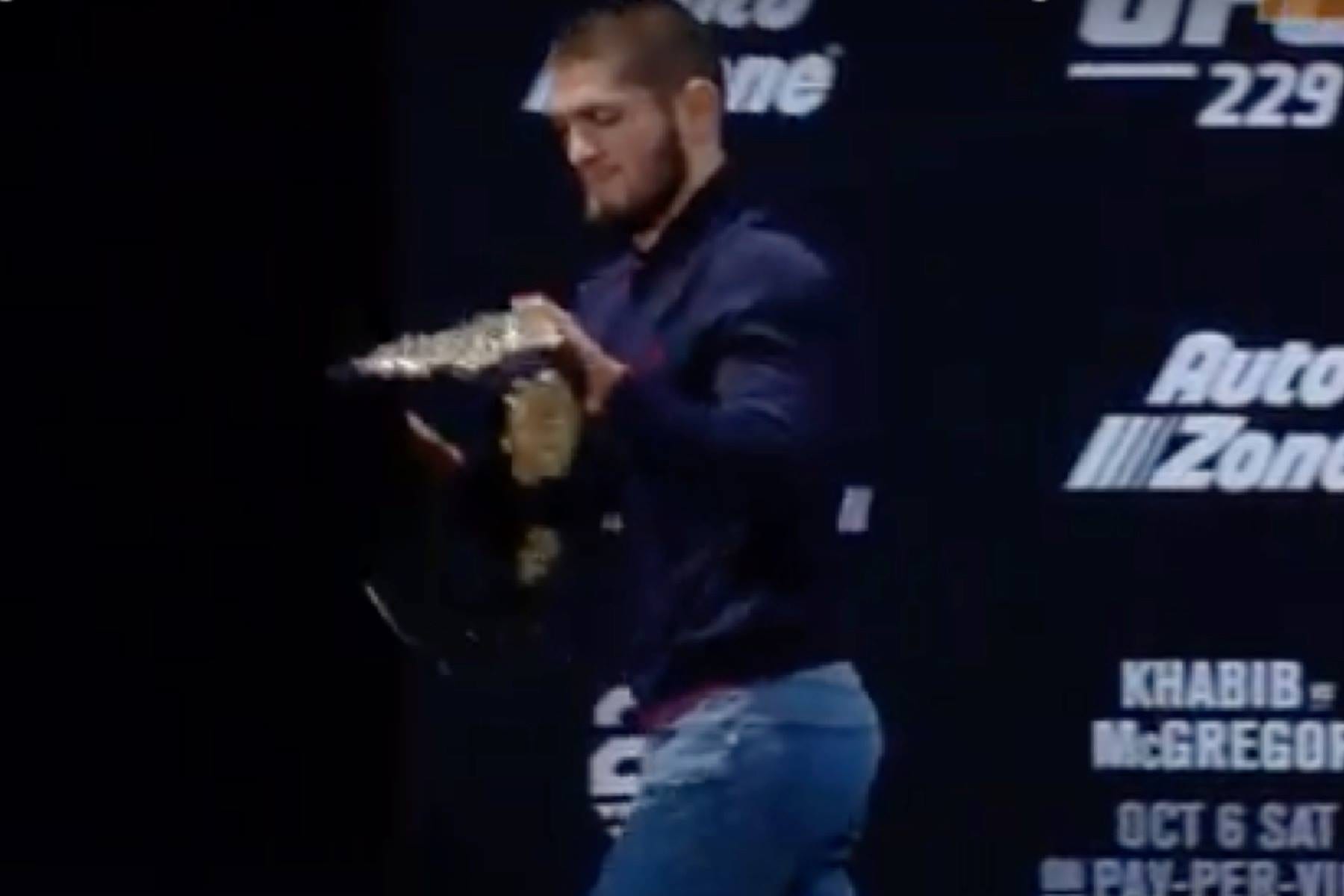 “”The Eagle” is preparing to defend his title against Conor McGregor in the main event of the pay-per-view (PPV). Today (Thurs. October 4, 2018) the pre-fight press conference went down, in which both Khabib and McGregor were expected to verbally battle.

That’s not at all what happened. McGregor didn’t show up to the press conference on time, leaving Khabib and Dana White to start things off by themselves. Khabib took several questions from the media over the course of a few minutes and then decided to call it a day.

Khabib thanked everyone for coming, before picking up his title, and leaving. Earlier in the presser, Khabib talked about being on time and not wanting to wait for anyone. After fulfilling his obligations, “The Eagle” picked up his gold and stormed off the stage. Check out the presser here: