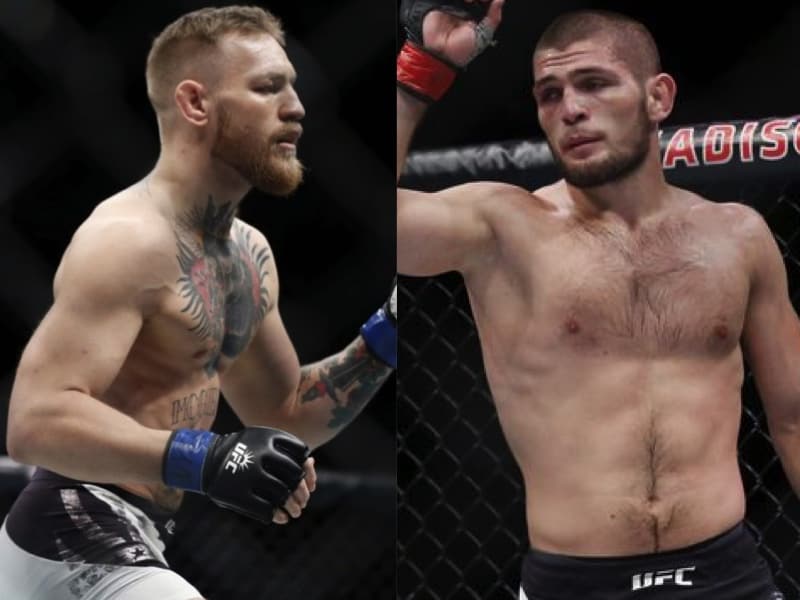 The build for this fight is no doubt personal going into their lightweight title fight in the headliner of the UFC 229 pay-per-view event. From the harsh talk to the bus incident to the arrest of the former champ and now this.

The open workouts for this event were quite the show as there were several big name fighters who had a lot to say to those fans who attended. That includes Nurmagomedov, who made a bold statement.

After doing a quick workout where he received boos by fans of McGregor, the UFC lightweight champion took the microphone where he took some shots of his own not only at McGregor but his Irish fans.

This is when the UFC lightweight champion talked about Conor’s grandfather and made some interesting claims.

“This guy talks (about) them fighting against English but his grandfather, Christopher McGregor was with the English navy. And he killed your people. And now you guys support him (H/To to Bloody Elbow). I’m gonna change this Saturday night.”

The UFC 229 pay-per-view event is set to take place on Saturday, October 6, 2018 at T-Mobile Arena in Las Vegas, Nevada.