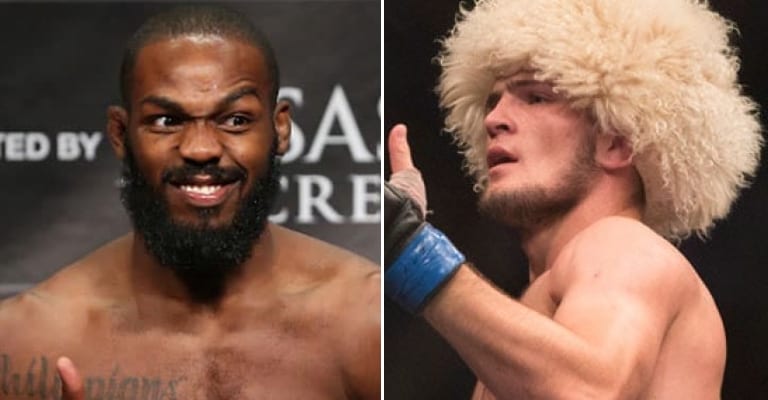 Most in the combat sports world either rate Khabib Nurmagomedov or Jon Jones as the pound-for-pound best fighter in the UFC.

Nurmagomedov is the current lightweight champion and is 28-0 with no equal as of yet. Jones, on the other hand, is 25-1-1 (though his only loss came via disqualification) and still holds the record for being the youngest UFC champion of all time at 23.

In addition, Jones is the reigning light heavyweight champion and has beaten a killer’s row of top contenders and past champions over the past decade.

So who does Nurmagomedov rate as the pound-for-pound best? You guessed it — Jones.

It’s telling that Nurmagomedov went with Jones. After all, there’s no love lost between the two, especially with the former being teammates with Daniel Cormier — a bitter rival of Jones.

However, despite all that, it seems “The Eagle” recognizes what “Bones” has accomplished in the sport even with the latter’s history of failed drug tests.

It would have certainly been interesting to hear Nurmagomedov’s thoughts if he was also asked if Jones was the greatest fighter of all time. The answer may not have been the same.

Regardless, do you agree with Nurmagomedov that Jones is the best pound-for-pound fighter in the UFC today? If not him, then who?