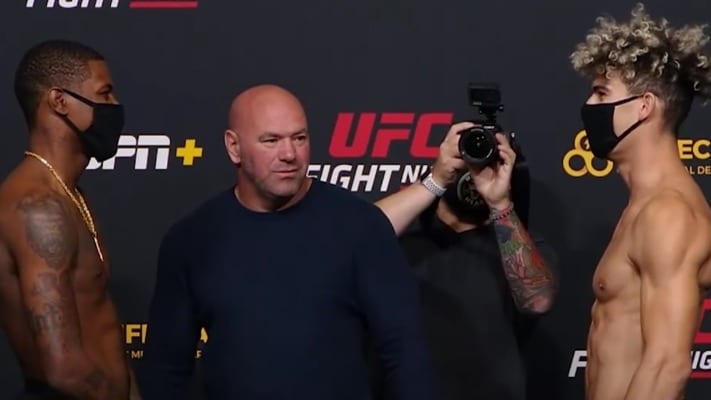 Next up on the UFC Vegas 12 main card is a middleweight tilt between Kevin Holland vs. Charlie Ontiveros.

Round 1: A big flurry early on as Ontiveros catches Holland and floors him. Holland gets up and advances forward to clinch Ontiveros up before taking him down. Holland lands big elbows as Ontiveros threatens with a submission from the bottom. Holland is still in side control and continues to land big elbows and hammerfists. Ontiveros gets up to his feet but Holland still has his back and ragdolls him to the ground. The fight is over soon after as it appears Ontiveros is out cold.