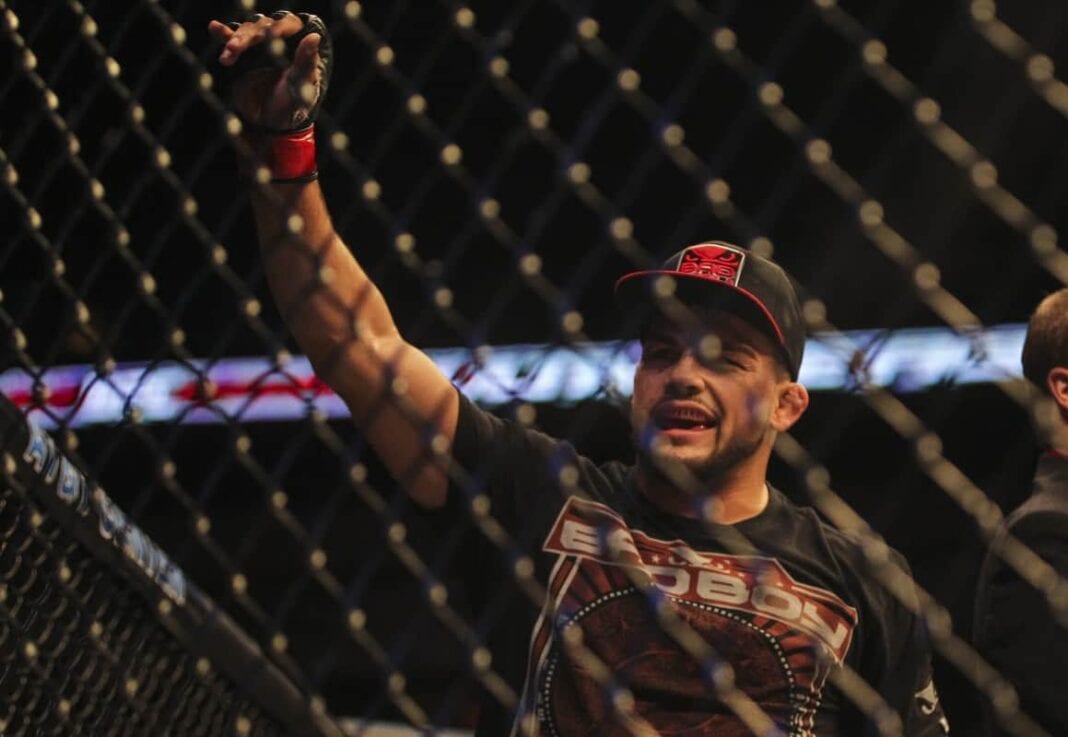 A middleweight tilt between former Strikeforce title challenger Tim Kennedy (18-6) and The Ultimate Fighter (TUF) season 17 winner Kelvin Gastelum (13-2) served as the second bout on the main card of UFC 206 inside the Air Canada Centre in Toronto.

Once Gastelum got into a groove, Kennedy didn’t stand a chance.

Kennedy went high with a kick early. Gastelum caught the leg and threw leather. Kennedy landed a right hand and drove his opponent against the fence. He took Gastelum down briefly. He remained in control and looked to take the back. Gastelum got back up, but wasn’t free from the clinch and took some knees to his legs. The TUF winner broke free and landed a left hand. Gastelum landed a knee to the body on the break. Kennedy’s right eye began to swell. Gastelum teed off on Kennedy before the round ended.

A kick to the body from Gastelum landed to open the second round. Kennedy’s takedown defense was stuffed and this time it was Gastelum who moved towards the back. Kennedy avoided the bad position and got control of the clinch. Gastelum broke free and fired a combination. A lunging uppercut connected found the chin of Kennedy. Gastelum reversed a position and gained control on the ground before they returned standing. A left hook left Kennedy a little wobbly. A one-two combination for Gastelum ended the round.

The final frame opened with Gastelum running towards his opponent. He fired a barrage of punches and went high with a kick. A hard jab stunned Kennedy. The TUF winner landed a jab. A spinning wheel kick from Kennedy missed. Gastelum landed another lead uppercut and dropped his opponent with a massive punch to end the fight.