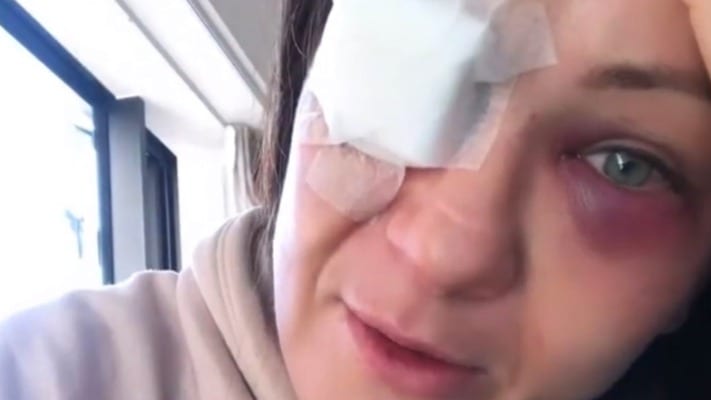 Karolina Kowalkiewicz will have to undergo an operation on her eye after injuring it in her unanimous decision loss to Xioanan Yan.

The pair of UFC women’s strawweights competed on the main card of UFC Auckland on Saturday night. However, it was Yan who dominated proceedings throughout the 15 minute affair to come away with the unanimous verdict.

Kowalkiewicz was repeatedly touching her eye during the fight and later revealed that she broke a bone above it. That ultimately contributed to her defeat as she claims she couldn’t see anything:

“Per her Instagram story, @KarolinaMMA has confirmed she ‘broke a bone above her eye,'” Jim Edwards posted on Twitter. “She added she ‘couldn’t see anything, was seeing double, and everything was in the fog.’

“She adds after that she needs an operation and that she will have to stay in New Zealand for the minute as flying with this eye injury would be dangerous.”

Kowalkiewicz’s latest setback made it four losses in a row as well as six defeats in her last eight outings.

One wonders if she might call it a day or look to change her fortunes when she is ready to return to the Octagon.

What do you think Kowalkiewicz should do when she is all healed up?