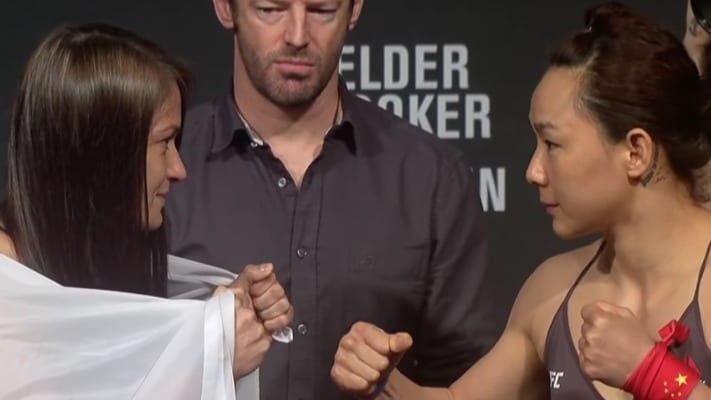 Next up on the UFC Auckland main card is a women’s strawweight contest between Karolina Kowalkiewicz vs. Yan Xiaonan.

Round 3: Yan comes out aggressive as expected. She lands punches and a body kick. Kowalkiewicz looks more sluggish but she’s still in the fight. Yan lands a big one-two followed by a kick that gets the crowd to react. She takes Kowalkiewicz down soon after. Kowalkiewicz, however, has her leg and is threatening with a submission. However, it doesn’t seem like she has the right bend on the leg as Yan strikes at her thigh. Yan eventually escapes and passes to be on top. She controls Kowalkiewicz for the rest of the round and should earn a clear-cut win.