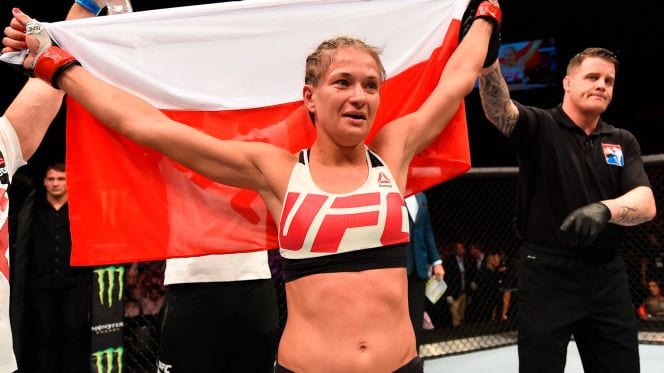 A tremendous UFC women’s strawweight match-up has been added to the UFC 238 pay-per-view (PPV) card.

Kowalkiewicz has had a rough time inside the Octagon as of late. She has suffered back-to-back losses in her last two fights. The first being a knockout defeat to Jessica Andrade, followed by a decision defeat to Michelle Waterson.

Now, she’ll look to get back into the win column against Grasso, who is also struggling at the moment. Grasso comes off a submission defeat to Tatiana Suarez last May. With a win over Kowalkiewicz, it would be a big way for Grasso to get back on the right track.

Check out the updated UFC 238 card below: