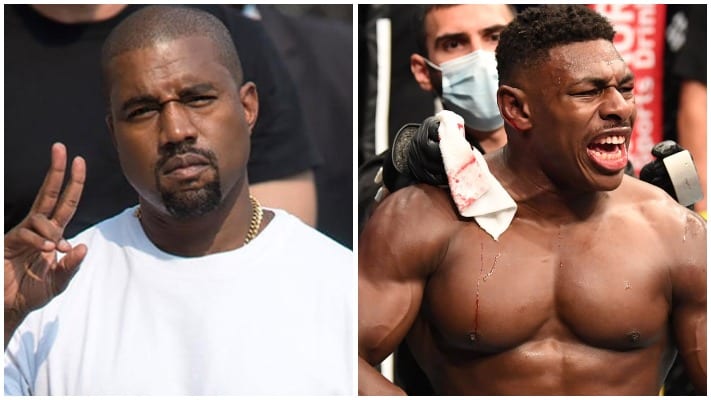 UFC middleweight Joaquin Buckley has officially hit the big time. The 26-year-old was already enjoying a fantastic week after scoring one of the best ever MMA knockouts at UFC Fight Island 5 this past weekend. Buckley picked up a ,000 bonus, received praise from Dana White, and went viral, breaking pretty much every UFC social media record. Somehow, things got even better last night when Kanye West released his latest track and used Buckley’s KO as the music video – check it out below.

Unless you’ve been living under a rock you will have already seen Buckley scored one of the greatest MMA knockouts of all time against Impa Kasanganay on the UFC Fight Island 5 undercard.