LowKickMMA.com
Home Global MMA Kamaru Usman explains why he tapped in only career loss: ‘I ain’t... 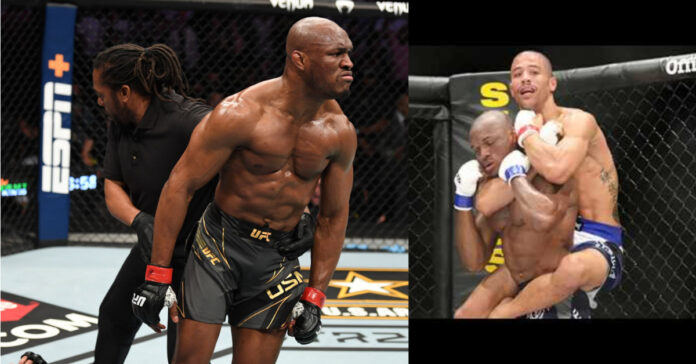 Reigning UFC welterweight champion, Kamaru Usman explains why he decided to tap instead of going unconscious in his only professional loss which took place back in 2013.

As it stands, 170lbs champion Kamaru Usman is the UFC’s No.1 ranked pound-for-pound fighter, and for good reason. ‘The Nigerian Nightmare’ has torn his way through his UFC competition, from winning The Ultimate Fighter Season 21, to capturing gold against Tyron Woodley, Usman is undefeated in 15 UFC appearances.

Although Usman has not put a foot wrong inside the Octagon, his record still contains a loss. Usman’s one and only loss came all the way back in his second professional fight in 2013. Usman would face Jose Caceres, brother of UFC fighter Alex Caceres, a bout in which Usman would be backpacked and eventually tap to a rear naked choke.

In a recent interview, Usman discussed the loss and why he decided to tap instead of going unconscious.

“I ain’t gonna be eating for a while if I don’t tap right now. There’s no way. I have no idea how to defend myself right now… I don’t regret it because I’m broke. I’m broke-broke. But at the end of the day, of course I would like to be undefeated in my career. But it’s true what they say: you learn more from your losses than your wins.”

“In my head I was like, I’m never going to let that happen again. When I got done, I was so embarrassed I hid for a week… My girl at the time had come to watch me fight. So I just got beat in front of my girl… After a loss, I’m walking down the street — I don’t care who it is. It’s an old lady at the edge of the street, she knew I got my a** whooped. In your mind, you feel?” (H/T BJPenn.com).

What’s next for Kamaru Usman

Next Saturday, Usman will take on former foe Leon Edwards in an attempt to retain his title for the sixth time.

It was also announced that Usman would star in the latest Black Panther Film.

Who have you got Kamaru Usman or Leon Edwards? 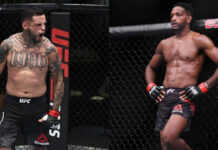