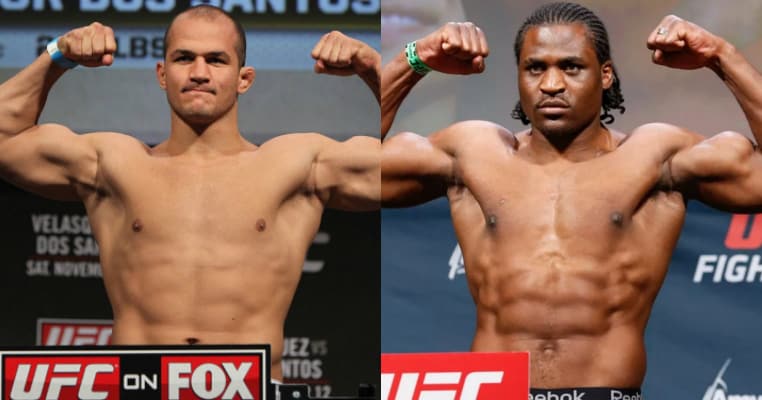 A massively heavy-hitting heavyweight bout has been added to September’s UFC 215 from Edmonton, Alberta, Canada.

It looks to be the toughest test yet for “The Predator,” a steamrolling force of nature who has finished all five of his UFC bouts since making his way to the octagon in December 2015. He most recently demolished fading former champion Andrei Arlovski by TKO in the first round at January’s UFC on FOX 23 from Denver, Colorado.

See also  EXCLUSIVE | Claressa Shields Reacts To Fury vs. Wilder III: 'It Was A Great Trilogy'

At a career crossroads of sorts, former champion dos Santos is in a must-win situation after seeing mixed results in recent years. The former champ and respected knockout artist has only gone 3-4 in his last seven fights, with his most recent effort a first-round TKO loss to current champion Stipe Miocic in their rematch at May’s UFC 212 from Dallas, Texas.

“”Cigano” also hasn’t finished a bout since his legendary 2013 spin kick KO of Mark Hunt, and with injuries mounting to keep him out of any semblance of consistent competition, it’s easy to wonder if he’s a stepping stone for a fighter more than a few MMA pundits consider to be the future champion at heavyweight.

With Ngannou winning five fights by finish – even if he hasn’t faced near the competition that dos Santos has – in just over a year-and-a-half, ‘JDS’ has his work cut out for him in a big way.