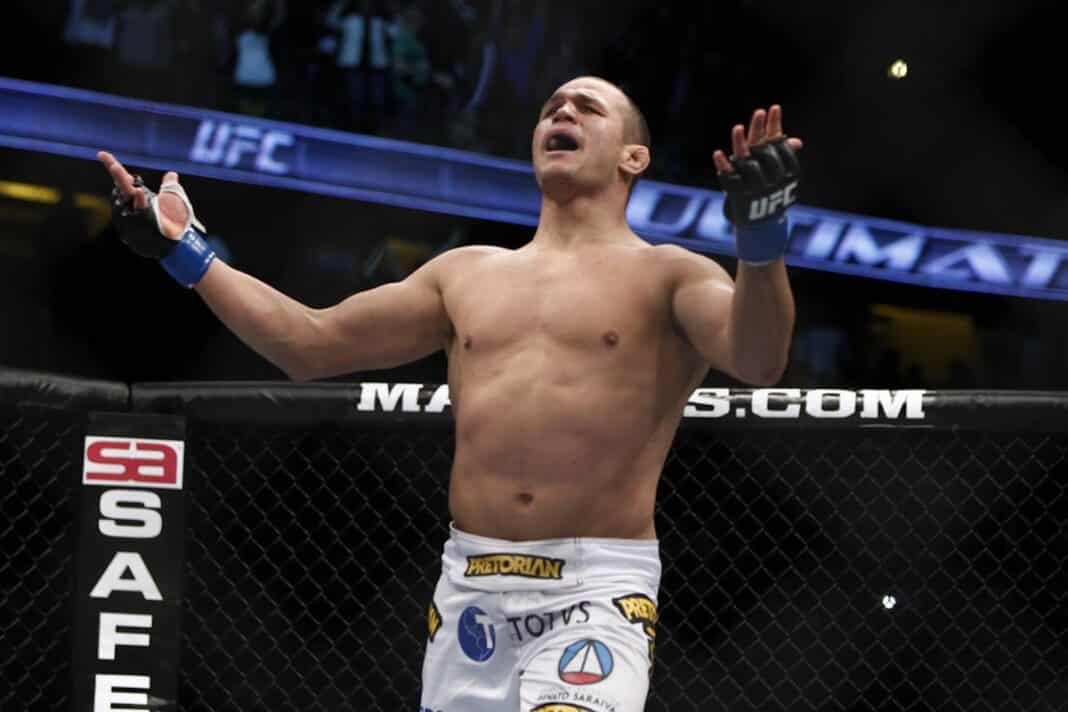 Speaking with MMA Fighting’s Trocação Franca, the former UFC champion opened up on his final run in the company, where everything felt “forced and really weird.” Competing at AEW “lit a gigantic fire inside of me” after not feeling so welcome in the UFC anymore.

“They were really unprofessional, let’s put it this way, with the way they treated [me], like they [treat] everybody else,” Junior dos Santos said. “I wasn’t the first and won’t be the last. The last two fights I got were on those terms, ‘You take it or you’re out.’”

“I was always a nice guy because that’s how I like to be, I like being nice to people so people are nice to me,” Dos Santos said. “I learned to be that way in life, to never expect from others something I don’t give them. I was always a nice guy, treating everybody well, always smiling, and in a way they took advantage of it, or treated it as a weakness, kind of putting me down, I don’t know. They tried to take the most advantage they could of the athlete I built, of Junior ‘Cigano,’ especially the way the last fight was, something really odd.

“But honestly, that’s in the past. There’s nothing I can do, so I won’t carry that with me because, like I said, that’s in the past and it can’t leave the past. I’ve done a lot of therapy and learned to deal with that in a better way. We can’t resolve some things, so they’ll stay that way, and that’s the case with this [situation]. Let’s move on. This type of situation now with pro wrestling showed how much Junior ‘Cigano’ is beloved and how much Junior ‘Cigano’ can still perform.”

Since Dos Santos is no longer under contract with the UFC, he is open to signing with a different MMA organization, but is focused on making the jump to the boxing world where the contract situations tend to differ vastly from the MMA contracts he’s used to citing, “you sign an eight-fight contract and [they will] do whatever [they] want with you.”

“That’s what happens in the UFC and these promotions,” said Dos Santos, who had five bouts left in his deal at the time of his departure. “That locks up the athletes, [losing] great possibilities to negotiate, and they do what they want. The UFC has the safety to keep you locked for eight fights. Now, you lose the first one and they can let you go if they want, there’s no safety [for the athlete]. It’s different in boxing, you negotiate fight after fight, contracts and pay. My case in the UFC, for example, I fought seven times before [fighting for] the belt. I was making the same amount of money stated in my contract.”

Dos Santos hopes that the future for MMA fighters is safer and better pay for all involved. He believes the structure in boxing is a lot better than the one in MMA, but hopes that can change in the future.

“There’s nothing helping athletes,” Dos Santos said. “Legally, we have no structure in MMA like boxing has with this law. … That’s very important for fighter’s protection because right now things happen the way [MMA promoters] want. They do as they will. If it worked, great. If not, they kick you out, they move you aside, lower your pay, do this or that. I think it would be very important if they would finally bring the Ali Act to MMA and make it all more clear and protect fighters more, with better contracts and a foundation to defend the athletes.”

How do you feel about Junior Dos Santos bashing the way the UFC handled his exit?