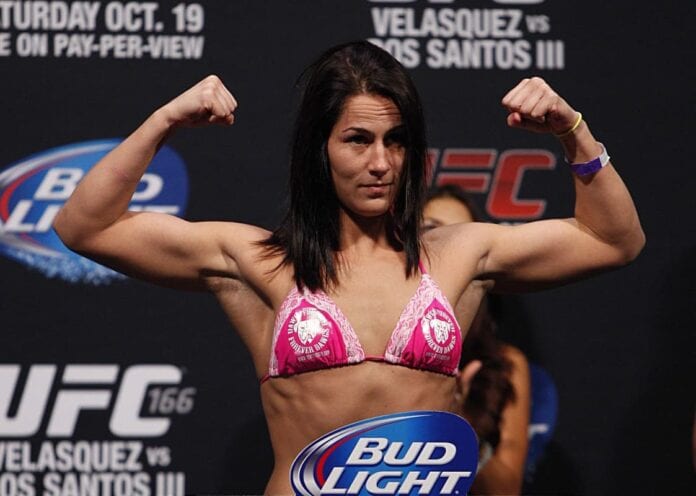 The UFC announced this evening (Tuesday, August 4, 2015) that Julianna Pena will take on Jessica Eye in a women’s bantamweight bout at October 3’s UFC 192.

The No. 6-ranked Eye (11-3) will come fresh off a unanimous decision loss to Miesha Tate at UFC on FOX 16. In her last three bouts, she’s 1-2, having lost a split decision to Alexis Davis at UFC 170 and defeating Leslie Smith by TKO at UFC 180.

Pena (6-2) recently returned from a significant knee injury to beat Milana Dudieva at April’s UFC Fight Night 63. She won her way into the Octagon with a first-round TKO win against Jessica Rakoczy at The Ultimate Fighter (TUF) 18 Finale.