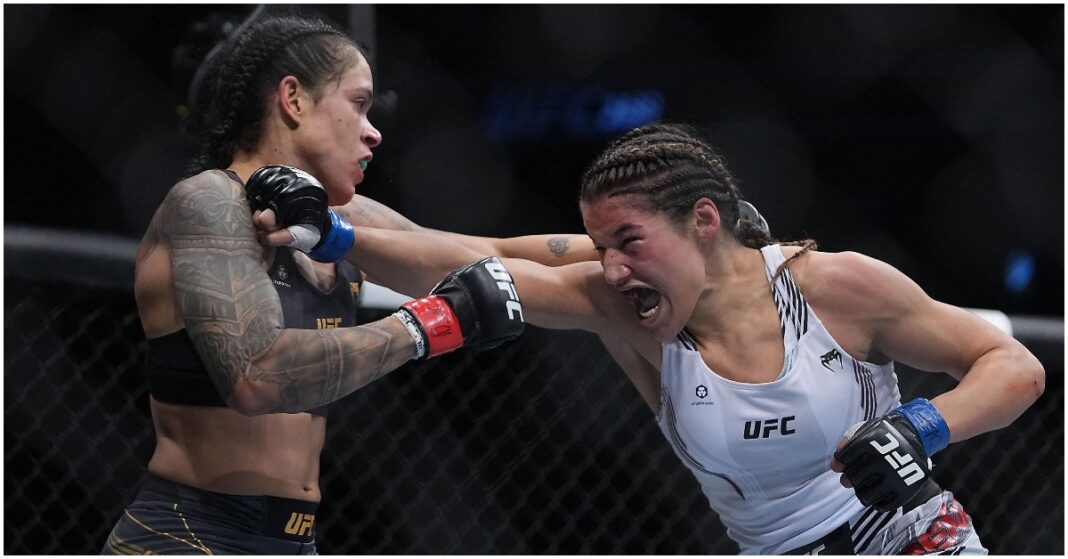 The UFC Women’s Bantamweight champion Julianna Peña has recently defended the validity of her victory over former champ Amanda Nunes at UFC 269.

Despite many people being quick to give ‘The Venezuelan Vixen’ props after her win over the consensus UFC female GOAT. Some people within the MMA community began to speculate whether the ‘Lioness’ was fully prepared for the bout.

Many fans believe that Nunes ‘quit’ during their fight after underestimating the ability and the power of Pena.

The new Queen of the Bantamweight division was fast to make her stamp on the conversation and deny the narrative that the best performance of her career came about because of Nunes was getting too big for her boots.

‘The Venezuelan Vixen’ believes the former champ was quite simply exposed at UFC 269.

“I think Amanda was prepared for the best version of Julianna that she was gonna see. She was ready,” Peña told the New York Post. “I said six months prior to the fight exactly what I was gonna do. I exposed her and I even gave her the message prior to the fight that that’s what I was gonna do. She didn’t underestimate me at all. She trained her ass off and was adamant, in her mind, to win the fight no matter what. She just got exposed, and that’s kind of what it was.”

The discussion will inevitably cotinue and fans will continue to debate if on Peña dragged Nunes into a dog fight or if the former dual-weight champ simply overlooked her latest opponent.

Nonetheless, there is no debate that Peña, did not just roll over and let the occasion and her high-profile opponent get the best of her. She stood up to the challenge and is now reaping the rewards.

Who do you think will be the Bantamweight Queen at the end of 2022?