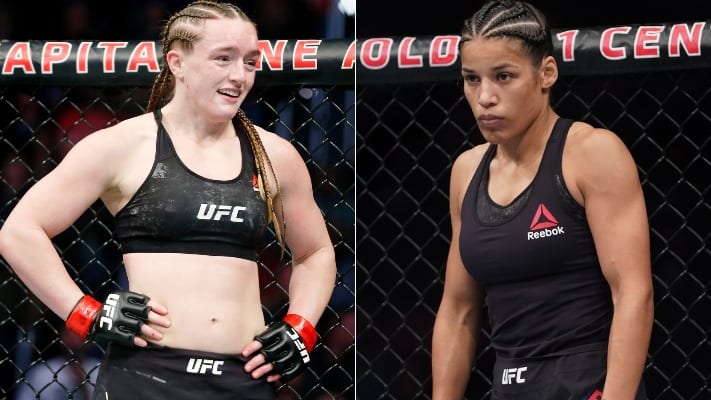 According to a report from ESPN’s Brett Okamoto, Julianna Pena will take on Aspen Ladd at the March 28 show. The show goes down from the Nationwide Arena in Columbus, Ohio.

Pena is currently the No. 4-ranked bantamweight in the UFC and is coming off a unanimous decision win over Nicco Montano. Prior to that, she had a four-fight win streak snapped by Valentina Shevchenko. Now, she looks to put together another winning streak against Ladd.

Ladd is ranked the No. 2 135-pounder in the UFC, and also comes off a victory. She defeated Yana Kunitskaya via TKO in December. Ladd picked up the win after suffering the first loss of her mixed martial arts (MMA) career – a 16-second TKO loss to Germaine de Randamie. The winner of this bout could very well be getting in the mix for a title opportunity at bantamweight.

What do you think about the matchup between Pena and Ladd?