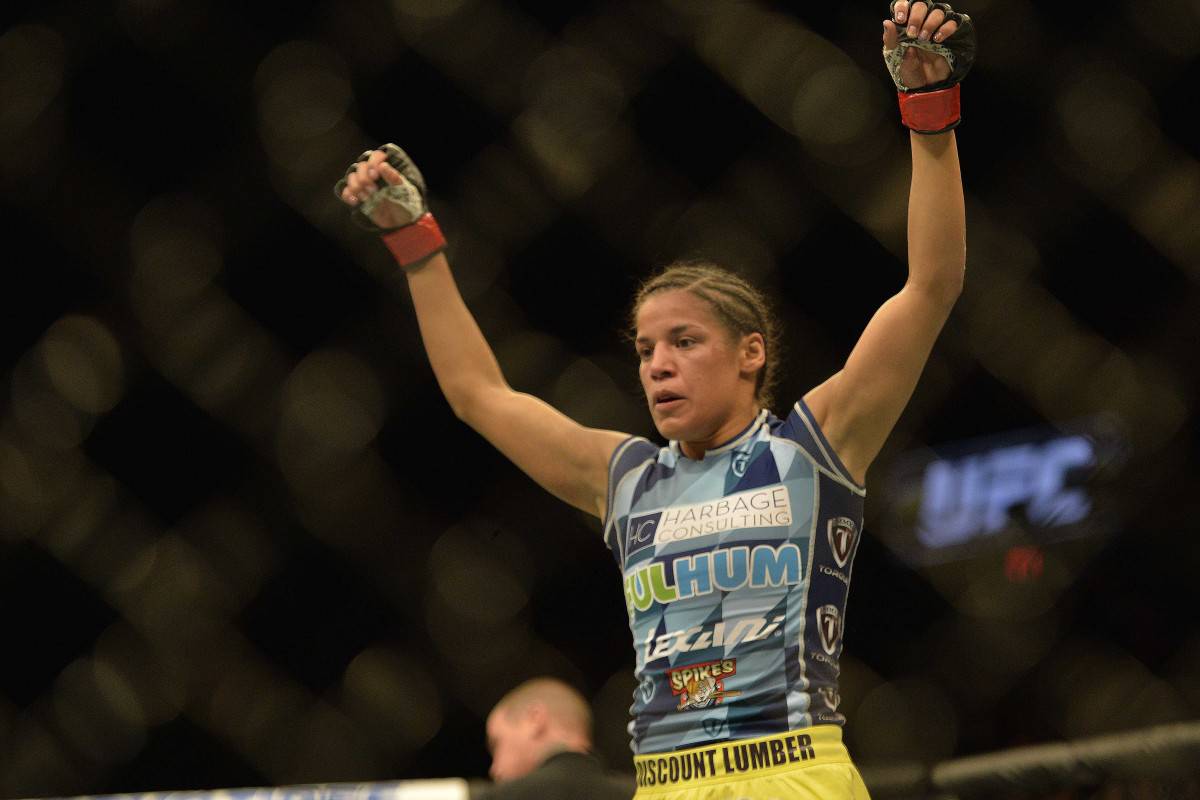 “The Venezuelan Vixen” earned her stripes on this night.

They met at the center of the Octagon and Eye landed an inside leg kick and threw some punches with bad intentions. Eye gained top control of Pena very briefly and Eye was later pushed against the fence. Pena connected with some knees and took “Evil” down for a moment. Eye was able to get her opponent’s back against the fence, but Pena once again took her down. Pena was warned for punches to the back of the head.

In round two, Eye pressed Pena against the fence again, despite Pena having success with trips. Unlike the first frame, Eye found success in top control and didn’t allow Pena to slip away. She went for an arm triangle, but “The Venezuelan Vixen” defended it well. “Evil” went for a submission, but ended up on her back. Eye landed a knee to the head of Pena while she was down and as a result, “Evil” had a point deducted. Commentator Joe Rogan had issues with the fight being stood back up following the foul, instead of restarting the position.

In the final frame, Pena took down Eye quickly. “Evil” went for a triangle off her back. In the scramble, Eye gave up her back.  Pena synched up a nasty choke, but Eye turned enough to escape the hold. “”The Venezuelan Vixen” looked for a choke in half guard in the final seconds of the fight, but the judges would have the final say.