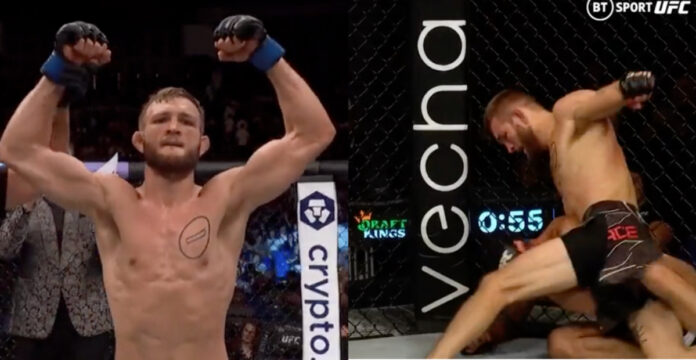 Makwan Amirkhani started the fight strong, taking Pearce down and searching for another classic anaconda submission. ‘Mr Finland’ looked very close to finishing the fight, despite being opened up by elbows from Pearce. However, ‘JSP’ was able to survive to the second round.

As often happens in Amirkhani fights, the Finn was unable to continue fighting at such a high output. Pearce took him down, pinning him against the cage, and began unloading a blitz of elbows and punches. The strikes continued until the referee was forced to step in.

Check out the highlights from Jonathan ‘JSP’ Pearce’s TKO win over Makwan Amirkhani at UFC London below: