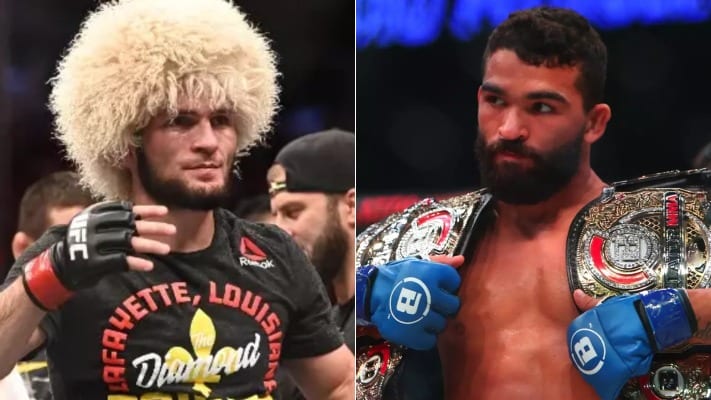 Josh Thomson believes if anyone has a chance of stopping Khabib Nurmagomedov in the lightweight division, it’s Bellator’s Patricio “Pitbull” Freire.

Nurmagomedov is the current undefeated UFC lightweight champion who is yet to meet his match so far. Many believe Tony Ferguson is the man to inflict defeat on “The Eagle” but we are yet to see that fight come to fruition after five attempts.

Even if it does happen later this year, Nurmagomedov’s former teammate Thomson doesn’t see Ferguson or anybody else defeating him.

He does, however, believe Bellator two-weight champion Freire has a chance.

“I really don’t see anyone in the 155lb division,” Thomson told Metro.co.uk. “The only one I’d bring up is Patricio Pitbull and that’s only because he’s so small. He’s short. Patricio has got the power and speed to get in. Khabib has a hard time with guys who are fast and we saw that with Michael Johnson.

“Johnson is also longer. Patricio is not a big guy and he is physically strong. Khabib had a hard time getting shots on Al Iaquinta because he sat with a very low stance. He has good wrestling and take down defence, Khabib had a hard time getting in at him because he was so short. Patricio is shorter than him, he’s physically strong. He’s got speed and power. When [Patricio] fought Benson Henderson and Michael Chandler, [we saw] he knows how to fight bigger guys. Speed will always play a factor. I would still lean towards Khabib a lot.”

Although Freire did win the Bellator lightweight title by knocking out the bigger Chandler, it remains to be seen if he would be able to do the same to Nurmagomedov.

It should also be noted that Thomson is contracted to Bellator so there is definitely some bias here.

Regardless, what do you make of Thomson’s comments? Do you think “Pitbull” has a chance against Nurmagomedov?