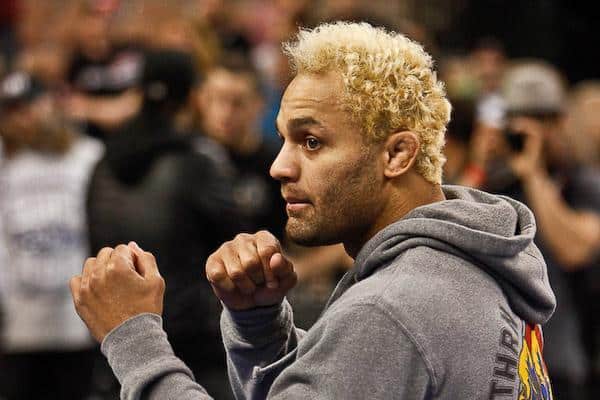 Josh Koscheck is a go for tomorrow night (Sat. February 18, 2017) against Mauricio Alonso at Bellator 172.

Koscheck was not present at yesterday’s Bellator 172 media day because we was undergoing additional medical testing. The California State Athletic Commission (CSAC) cleared the former UFC welterweight this morning according to CSAC executive officer Andy Foster (via MMA Fighting):

“The Commission requested additional information to support his license application,” Foster said in a statement. “We received that information yesterday and it was thoroughly reviewed.”

The 39-year-old’s issues that led to the additional testing were not revealed by Foster, however, MMA Fighting reports that the CSAC was concerned over an interview Koscheck gave in which he indicated he was dealing with a nagging neck injury. Prior to beginning his mixed martial arts (MMA) career, Koscheck had two vertebrae fused in 2001 and “more recently he suffered bulging discs both above and below the site of the surgery, leaving him with painful nerve damage that left him almost incapable of using his left arm,” according to MMA Junkie’s Ben Fowlkes.

He will take on Mauricio Alonso on the main card of Bellator 172 tomorrow night. The card is headlined by the promotional debut of heavyweight legend Fedor Emelianenko who takes on former UFC heavyweight Matt Mitrione.