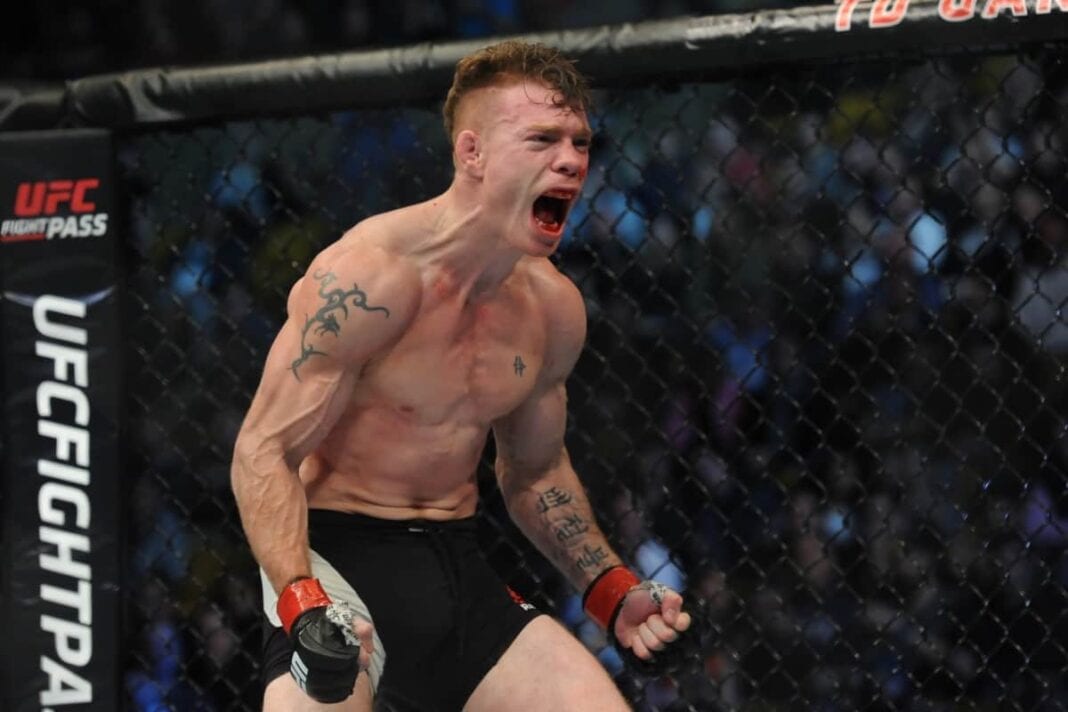 Burkman was looking to build a win streak after perhaps saving his career with a win over K.J. Noons in his lightweight debut after fighting most of his career at welterweight, while Felder was looking for one of his own after submitting Daron Cruickshank at UFC Fight Night 81 in January.

The fight started with Burkman using kicks to feel his range. Felder stayed aggressive and landed a hard body kick and the two clashed in a brief exchange. Burkman landed to the body twice, staying just out of the way of Felder’s pressure. “The Irish Dragon” threw a jumping front kick, but Burkman blocked it and unloaded a good combo. Felder went back to the jumping kick and Burkman countered with big punches before it became a wild firefight with Burkman getting the better of it.

Burkman found pause with a takedown, controlling the action from side control momentarily before the two got back to their feet. A brief Burkman takedown lead to him riding out a good opening round in the clinch on the fence.

The second round featured a sharp leg kick from Felder, who kept pressuring Burkman with low kicks. Burkman landed a solid combo, only to eat a knee to the body and return fire with a right hook. Felder landed a kick to the body off a Burkman spinning backfist attempt, and “The Irish Dragon” landed some elbows in the clinch. Two heavy punches landed from Felder. He followed with a heavy combination that was thwarted by another Burkman clinch. Felder reversed position and took Burkman’s back in a good bounceback round for him.

The third round saw more heavy pressure from Felder with a body kick followed by a leg kick. Felder landed a huge spinning back kick to Burkman’s body that actually lifted him off the ground and onto the mat briefly. Burkman slowed and Felder landed more kicks. Slowly losing the stand-up, Burkman threw a two-punch combo and went for a takedown he eventually got, but Felder got right back up. A back and forth clinch where Felder cut Burkman with some solid elbows went until the last 30 seconds or so, and Burkman got a vital late takedown after a restart.

In the end, Felder took home a unanimous decision by scoring 29-28 on all three judges’ scorecards on the heels of his constant forward momentum.