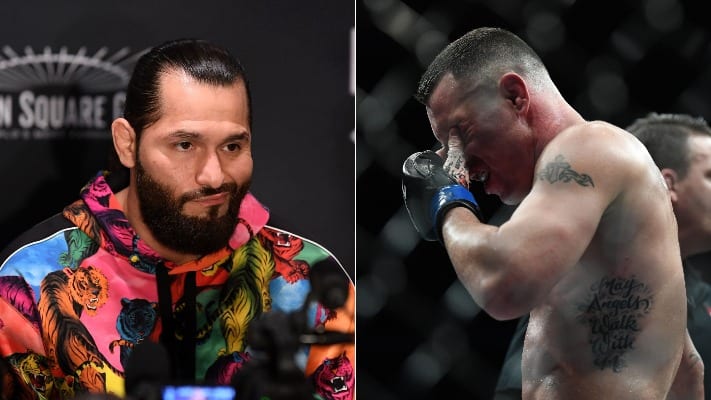 Masvidal and Colby Covington have been going at each other for months as the two former roommates and friends appear to be on a collision course.

Covington has also trash talked the likes of other ATT teammates such as Dustin Poirier and Joanna Jedrezjczyk. With Jedrezjczyk, Covington recently went as far as saying she and Masvidal were having a fling together.

However, “Chaos” has seemingly made amends with Poirier now as ATT owner Dan Lambert enforced a zero tolerance rule barring trash talk between fighters at the gym if they are not scheduled to face each other.

“Gamebred” doesn’t seem to think it applies with Covington, however:

“Fuck coby. The most fragile most sensitive guy in ufc history,” Masvidal tweeted Tuesday. “Can’t kick me out cause this rule was for fighters only. Not crotch sniffers that get their jaw broken by other crotch sniffers. @AmericanTopTeam we all know that dude is no fighter.”

It should be interesting to see how Lambert or Covington react to Masvidal’s tweet. One thing is for sure — the trash talk between these two doesn’t look like it will end anytime soon.

What do you think of Masvidal’s response?