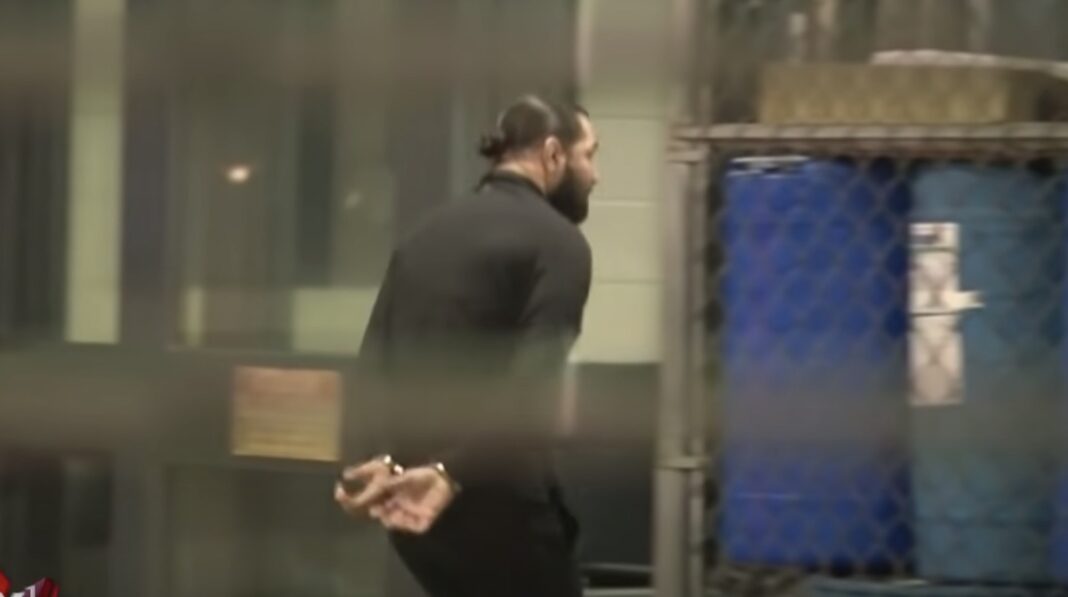 ‘Gamebred’ was detained by Miami Beach police on Wednesday evening and booked into the station at 10:27 p.m. local time. The 37-year-old is facing two charges: one count of aggravated battery resulting in great bodily harm and one count of criminal mischief.

Masvidal remains in custody at Turner Guilford Knight Correctional Center in Miami on a $15,000 bond. The BMF titleholder is expected to post bail later today. If found guilty, ‘Street Jesus’ faces up to 15 years in prison for second-degree felony aggravated battery. Masvidal would also face additional penalties from the criminal mischief charge.

A video published by WPLG showed Masvidal moving from a police vehicle to the police station with handcuffs on – check it out below.

What did Jorge Masvidal do to be in so much trouble?

After being dominated by Covington at UFC 272, Masvidal decided that he would take his beef with ‘Chaos’ to the streets of Miami on Monday evening.

Covington was eating with the Nelk Boys at the Papi Steak restaurant. After finishing his dinner, the former interim welterweight champion was attacked by Masvidal, who was accompanied by several accomplices, as he exited the facility.

According to the police report obtained by MMA Junkie, an unnamed victim suffered a fractured tooth and a wrist abrasion, as a result of Masvidal launching a surprise attack during which he landed two punches, one to the mouth and once to the left eye.

Additionally, the report states that the victim reported $15,000 in damage to his $90,000 Rolex watch, which was allegedly scratched and bent during the attack.

Do you think Jorge Masvidal should go to jail for attacking Colby Covington?