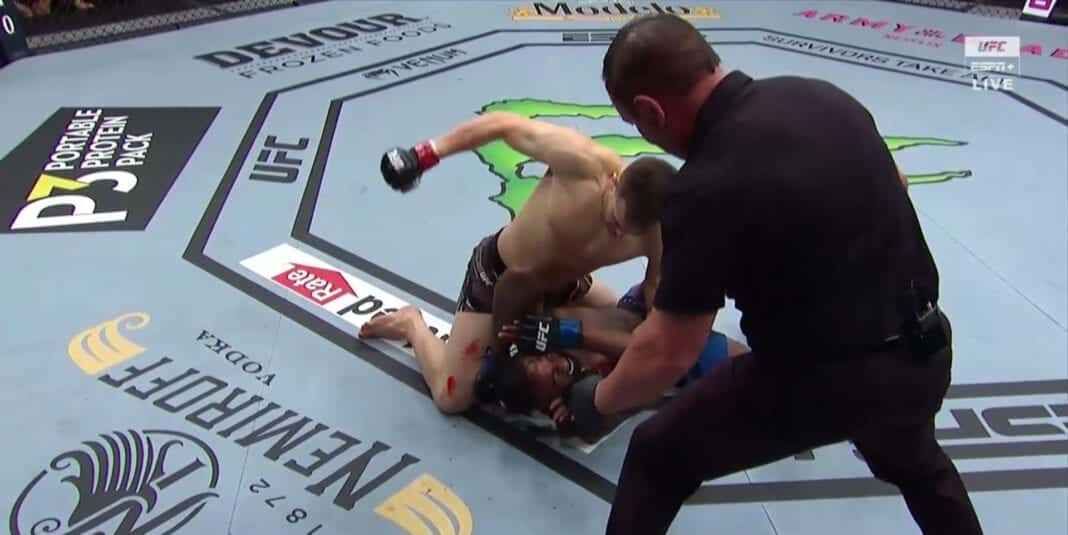 San Antonio favourite, ‘The Beverley Hills Ninja’ Jordan Wright certainly wasn’t hanging around opposite Jamie Pickett —scoring a swarming knockout win just over a minute into the opening round of their UFC 262 preliminary outing.

Hurting Pickett early at the fence as he defended a takedown, Wright began unloading with elbows as he defended, before forcing Pickett to retreat backward across the Octagon as Wright steamed forward with pressure.

Landing a knee in the clinch during an exchange, the Texan dropped Pickett before forcing referee, Kerry Hatley to stop the bout with a series of prolonged ground strikes. The victory came as the 29-year-old’s third win under the UFC’s banner.

Below, catch the highlights from Wright’s quick fire knockout win over Pickett.