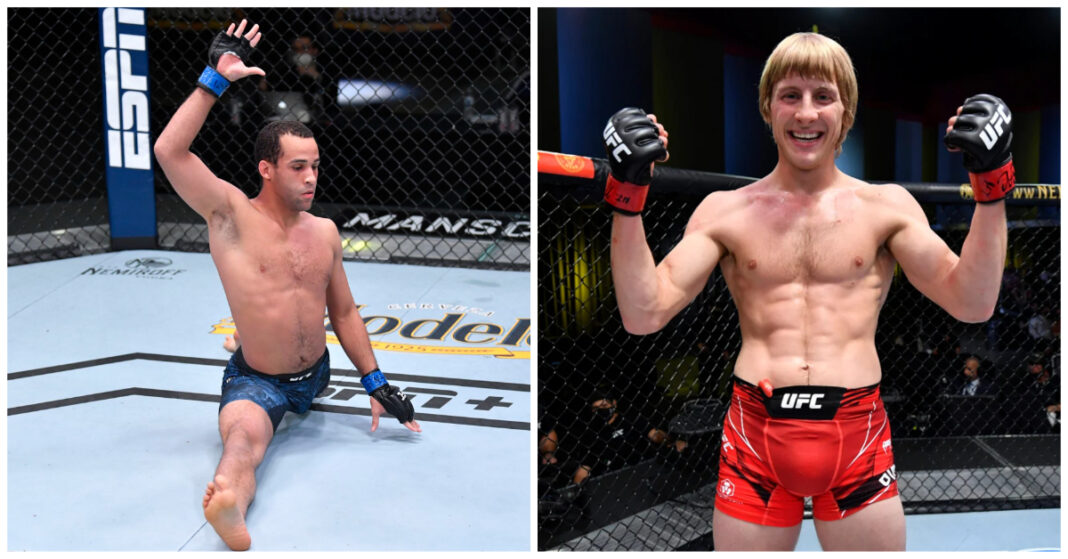 UFC lightweight Jordan Leavitt, claims that he will ‘handily finish’ his next opponent, Paddy Pimblett, in their coming July 23 matchup in London.

Prior to the UFC’s official announcement of their newest rising star, Paddy Pimblett’s next fight, many of those outside of the MMA hardcore were unaware of his opponent, Jordan Leavitt, but the Liverpudlians spotlight has not deterred Leavitt’s confidence.

The 26-year-old believes that when the time comes, the UFC’s use of him as a stepping stone for Pimblett to continue his ascension to UFC stardom will come back to haunt them.

“I think they think I’m an easy fight,” Leavitt said when talking to Ariel Helwani on The MMA Hour. “It kind of offended me but it’s all good. I have a few tricks up my sleeve so I’m pretty excited for this matchup.

“But if I watch this kid get chinned by these two guys, who are not the best, almost lose and then take victory from the jaws of defeat- I want him to fight a guy that doesn’t like to power punch. If you watch my fights I seems like I don’t like to punch very hard to the head. It would give Paddy a lot of chances to make up for a lot of technical weaknesses.”

Leavitt feels like the Scouser doesn’t present anything that he hasn’t seen before and ultimately, ‘The Monkey King’, is confident that he can finish Pimblett.

Leavitt brings a 10-1 MMA record to the octagon and has produced some exciting moments in his 3-1 UFC career.

What do you think of Jordan Leavitt’s chances against Paddy Pimblett?