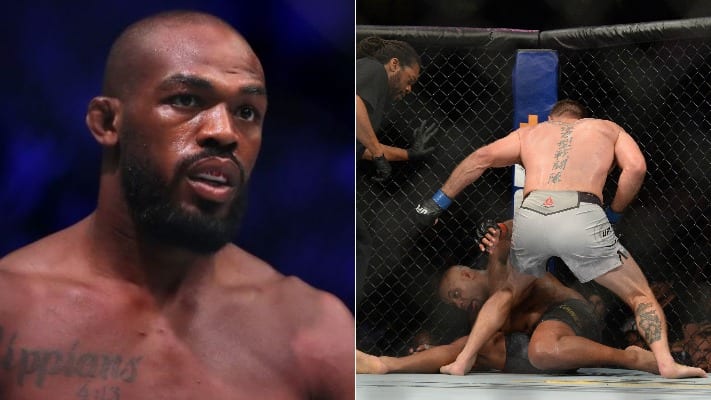 Daniel Cormier has now lost to only a second man in his mixed martial arts (MMA) career.

“DC” dropped his UFC heavyweight title to Stipe Miocic in the main event of UFC 241 on pay-per-view (PPV) last night (Sat. August 17, 2019). Cormier was winning on the scorecards heading into the fourth round, but some excellent body work from Miocic forced Cormier to drop his guard.

Miocic then poured on the big shots and was able to put Cormier away. The Cleveland native is now only the second man to have defeated Cormier in MMA competition, the first being Jon Jones. As a matter of fact, Jones issued some comments on Twitter after his rival’s defeat.

Jones dubbed Miocic as the greatest heavyweight of all time. He also took another shot at Cormier being ranked ahead of him on the pound-for-pound rankings.

Jones handed Cormier his first defeat back in 2015 when they main evented UFC 182. Cormier failed to defeat Jones for the 205-pound title, dropping a unanimous decision. After racking up four-straight wins, and capturing the vacant light heavyweight crown, Cormier rematched Jones at UFC 214.

However, that resulted in a third-round knockout loss for “DC.” Of course, that loss was later overturned to a No Contest after Jones tested positive for a banned substance. Now, after his second finish defeat to Miocic, it will be interesting to see if Cormier decides to keep fighting or not.

What do you think about Jones’ comments after Cormier’s heavyweight title loss?