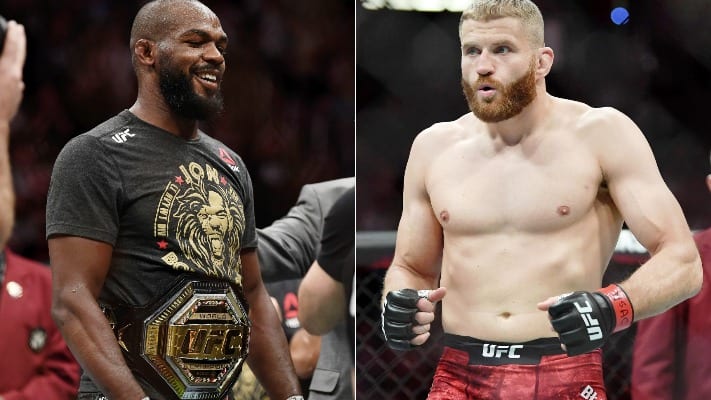 While it’s likely Jones will fight up-and-coming challenger Dominick Reyes next, top-ranked 205-pounder Jan Blachowicz has also been making a case for a title opportunity. He comes off of a decision victory over Ronaldo “Jacare” Souza in the UFC Sao Paulo main event from Brazil.

Blachowicz called for his shot against Jones after the victory, which caught the attention of “Bones.” Jones took to Twitter to react to Blachowicz’s calls for a title opportunity, noting he doesn’t think Blachowicz sounds ready for the fight.

“I don’t know man, you don’t sound too ready”

I don’t know man, you don’t sound too ready https://t.co/yDSO1dLpw1

Jones is, arguably, the most dominant champion the sport of mixed martial arts (MMA) has ever seen. Having faced elite competition such as Daniel Cormier, Alexander Gustafsson, Rashad Evans, Thiago Santos, and more, Jones has yet to be legitimately bested inside of the Octagon.

Do you think Blachowicz is ready to challenge Jones for the title?