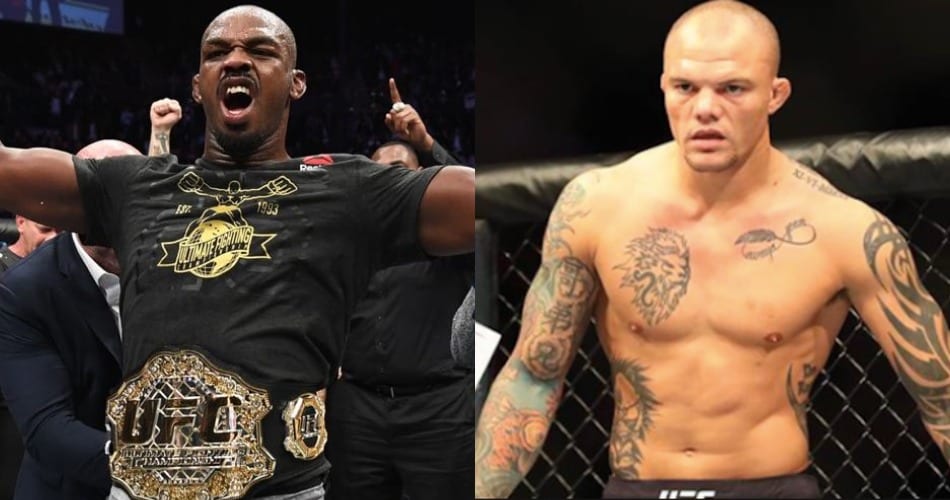 The stage is set for the main event of UFC 235.

UFC light heavyweight champion Jon Jones will defend his title against Anthony Smith. The pay-per-view (PPV) goes down from the T-Mobile Arena in Las Vegas, Nevada on March 2, 2019. For weeks, it has been expected that Jones would face “Lionheart” in Vegas. However, the fight couldn’t be made official until Jones was licensed by the Nevada State Athletic Commission (NSAC).

Earlier today (Tues. January 29, 2019) the NSAC granted Jones a conditional one-fight license. Now that those matters have been put to bed, the UFC has made Jones vs. Smith at UFC 235 official. They Tweeted out the following shortly after Jones’ hearing this afternoon:

“OFFICIAL! @JonnyBones defends the LHW title against @LionheartASmith in the MAIN EVENT of #UFC235!”

Jones hasn’t fought since December when he reclaimed the light heavyweight title. “Bones” defeated Alexander Gustafsson via third-round TKO in the main event of UFC 232. With the victory, he won the vacant 205-pound title. Now he’ll get to make his first title defense in several years against Smith.

His last title defense took place in January of 2015. Jones defeated Daniel Cormier in the main event of UFC 182 via unanimous decision.