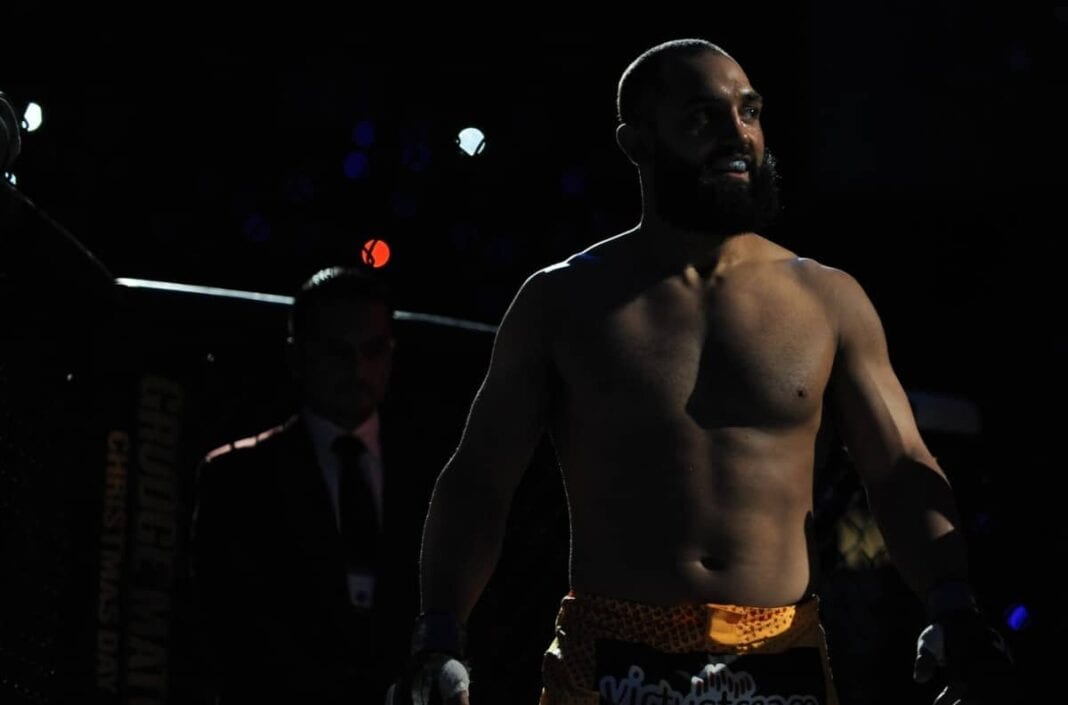 When No. 2-ranked welterweight Rory MacDonald was passed over for his once-promised title shot following Robbie Lawler’s close decision win over Johny Hendricks at December’s UFC 181, it was thought that “Ruthless” would undoubtedly have a third bout to settle his rivalry with “Bigg Rigg” once and for all.

Lawler said he wanted to take some time off after fighting five times in 13 months, and it was rumored he’d be coming back sometime around the summer for his trilogy match with Hendricks.

Tonight (January 13, 2014), however, news has arrived that “Bigg Rigg” will not receive an immediate title shot, as the UFC announced that Hendricks will meet No. 6-ranked Matt Brown at March 14’s UFC 185 pay-per-view (PPV) from the American Airlines Center in Dallas, Texas.

Brown was last seen losing a five-round decision to Lawler at UFC on FOX 12, and his schedule only opened up when Tarec Saffiedine was forced out of their UFC Fight Night 60 main event on February 14. With the booking, the previously scheduled Stephen Thompson vs. Brandon Thatch co-main event will move into the headlining slot.

“The Immortal” recently expressed displeasure at having to find a replacement opponent because he didn’t want to face a lesser-ranked fighter at this point in his career. He didn’t have to wait long, and that’s apparently what “Bigg Rigg” and his camp wanted, as well.

“Title shot or not, no one wants to sit around another six or seven more months.”

So while MacDonald was rumored to be facing No. 5 Hector Lombard at UFC 186 in April (although it wasn’t confirmed), the path may be clear for “The Red King” to get the title shot many feel he deserves, even though the UFC’s Dave Sholler tweeted it wouldn’t be happening yet because Lawler won’t be fighting until the summer:

@SweepMMA no. Lawler is not fighting until summer

But it certainly wouldn’t be the first time the UFC said one thing and did another, so we’ll just have to wait and see. What direction should they now go with the welterweight division?