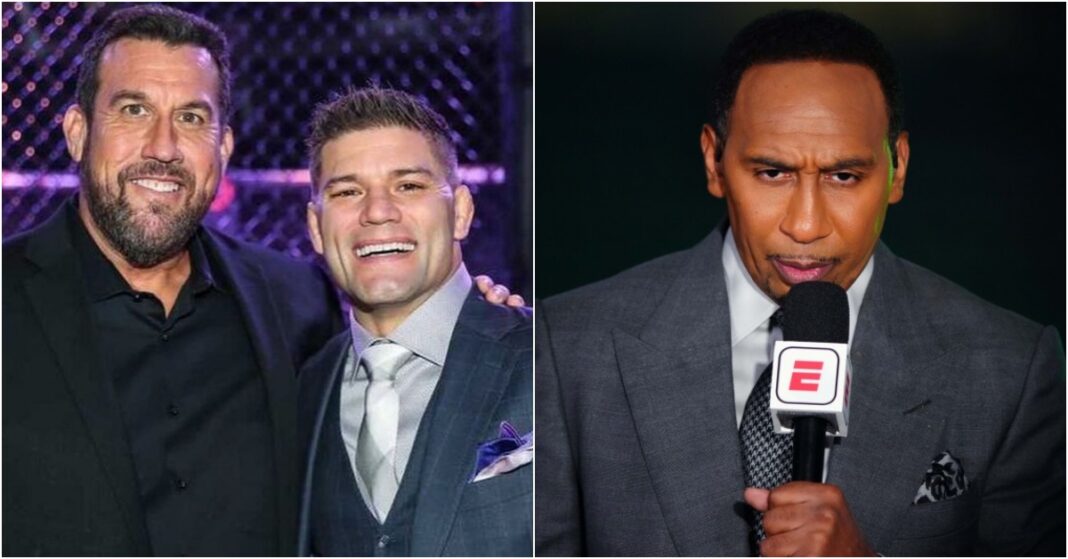 Smith, who has received his fair share of criticizm since his transition to analysing mixed martial arts, infamously received major flak after he claimed Donald Cerrone quit and turned in an “atrocious performance” during his UFC 246 loss to former two-weight champion, Conor McGregor in January 2020.

Reacting to last weekend’s UFC 272 headliner between former interim welterweight champion, Colby Covington, and Jorge Masvidal – Stephen A. Smith claimed Masvidal’s lack of wrestling defense was “inexplicable” as he eventually gave up six total takedowns over the course of five rounds en route to his loss to Covington in a unanimous decision display.

“The reason you (Stephen A. Smith) don’t understand, is because you never wrestled a day in your f*cking life,” John McCarthy said on Weighing In. “And to not understand – Jorge (Masvidal) was ready for the wrestling, it’s just that – hey, Colby (Covington) brings a pressure that wore him down. Go back to basketball.”

“Yeah, go back to covering sports where you think you know so much about,” Josh Thomson said. “Countless, countless other athletes have just talked sh*t about you. And this is why – it’s ‘cause you’re clickbait. You are the epitome of what it wrong with social media right now, and the news, and sports talk and all this other crap. Your show, ‘First Take’ all this other sh*t that you guys do, is f*cking trash. It’s always been trash. And ESPN continues to tell you guys you’ve been doing a good job, it’s garbage. You guys are all clickbait, you and all the other guys that you work with, it’s all trash.”

Josh Thomson called for ESPN to part ways with Stephen A. Smith when it comes to UFC coverage

Thomson further claimed that Smith should not cover the sport anymore in tandem with the UFC and their broadcast partners, ESPN.

“It’s really sad that the UFC has to use you (Stephen A. Smith), because you work for ESPN,” Josh Thomson said. “And it’s a slap in the face to our athletes and our fighters. It’s embarrassing and I think, I honestly believe they need to get rid of your ass, working with the UFC at all. ‘Cause everytime, you put your foot in your mouth and say sh*t like this – it adds to the clickbait material you are used to doing from your other shows, and it’s trash…”