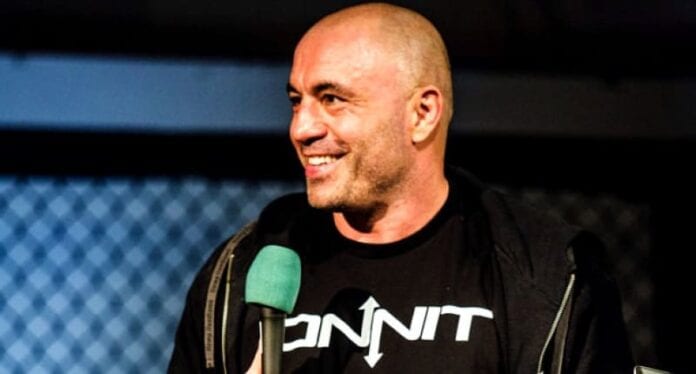 The debate about gloves in the UFC has been going on a while now, but not so much whether or not they should be worn, rather if they could be improved to prevent fouls. The problem with the current style of glove is that the finger tips are free to do damage when the hand is open. This often results in eye pokes or scratches that not only cause breaks in the action, but are highly dangerous to the fighter’s health and safety. Vision problems can easily cost a fighter their career, and so thinking on a method of improving these gloves has been a constant effort, although to no avail as of yet.

Another and rather obvious safety feature in relation to gloves is not only for the person receiving the blow, but the one dishing out the punches. For the fighter who is throwing strikes, broken bones in the hand are a frequent hazard. But for Joe Rogan, it’s an unrealistic amount of protection for a fighter to have.

Making the oft referenced comparison between MMA and boxing during his most recent podcast, and also highlighting recent events, Rogan gives his opinion on fighter safety and more specifically whether MMA fighters should wear gloves or not:

“It’s much more rare that boxers break their hands compared to MMA fighters. I think MMA fighters have an unrealistic amount of protection on their hands, and it’s just for their own protection really. I got interviewed recently when that guy did overseas, and was asked if I thought MMA fighters should have bigger gloves or head gear. I think the real answer is no gloves and no wrist taping. The thing is when you punch you have to try really hard to keep your wrist straight, and you have to hit with the first two knuckles. Reckless punching would go away.”

Do you agree with Rogan’s assessment? Check out the full video segment and judge for yourself.