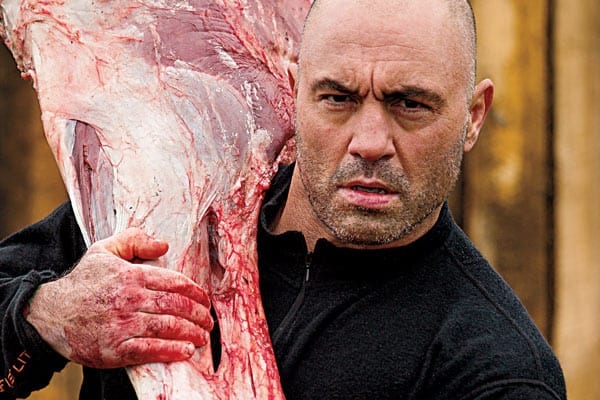 Anderson Silva may have received his punishment for failing multiple UFC 183 drug tests from the Nevada State Athletic Commission (NAC) yesterday, but his opponent Nick Diaz is still waiting to appear and receive sanctions for his third positive test for marijuana.

When he does, he’ll likely earn a much stiffer punishment than ‘The Spider,’ who was suspended for one year and fined $380,000 for using anabolic steroids drostanolone and androstane in addition to anti-anxiety meds and sleeping pills. That’s because Diaz has appeared before the commission for smoking marijuana twice before, and a third violation is likely to result in a lengthy suspension.

Octagon commentator Joe Rogan thinks this is a problem in mixed martial arts (MMA). As someone ‘in the know’ who openly smokes pot and has reportedly done so with several UFC fighters, Rogan stated on his JRE podcast that more UFC fighters now smoke than do not, and that’s leading to problems with the NAC’s new and enhanced drug testing going into effect:

While that’s obviously not a stat that can be quantified nor proven as of right now, marijuana use in MMA and its subsequent punishments have come under extreme fire given the seemingly contradictory circumstance that those who smoke pot can be dealt harsher penalties than those who put other fighters’ health in danger by using anabolic steroids in the cage.

It’s an issue that will have to be addressed considering the ramifications of the UFC and NAC’s new drug testing program, because a drug that is known for making you eat more than you should probably shouldn’t carry the same punishment as one who could potentially allow a fighter to grievously injure his opponent.

Not surprisingly, Rogan could be at the forefront of that movement. What is your stance on marijuana use in MMA?