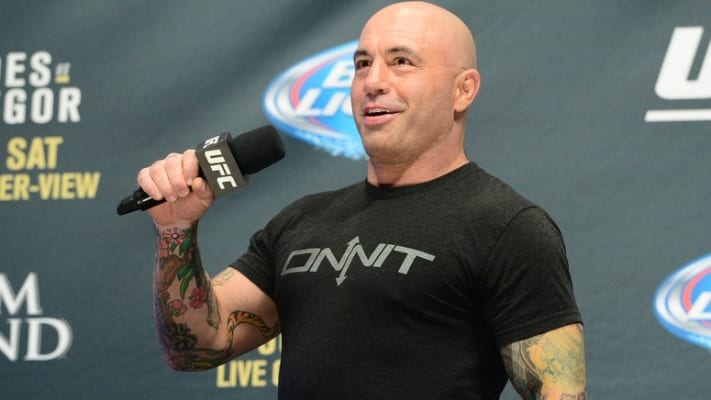 UFC commentator Joe Rogan believes there needs to be an overhaul in the way mixed martial arts (MMA) is currently being judged.

Max Holloway recently appeared on Rogan’s podcast and mentioned how he thought he did enough to retain his featherweight title against Alexander Volkanovski at UFC 245 this past weekend. He notably stated how he took the least damage from all his title fights and ended up losing a decision.

Although Rogan believed Volkanovski won the fight, he did agree with Holloway that there were flaws in the judging system:

“I think the system sucks,” Rogan said (via BJ Penn). “The 10-point must system. It’s boxing’s system, it’s not our system. We shouldn’t have that system. We should have a more comprehensive system that recognizes everything.”

Rogan then pointed to a major issue in MMA judging — who are the judges and what is their experience with the sport?

“I think there’s a real problem with judges not even being martial artists. That’s a giant problem,” he added. “The judges should at least have some martial arts experience and I know there’s a bunch of them that have never even f*cking trained, they just took some courses.

“It’s horrible. It’s horrible, and they don’t do anything about it. There’s people out there that have put in bad decision after bad decision, and then you see them still being listed as judges, and you’re like ‘this is crazy’. I want to ask them questions, I want to show them a video.

“… It’s like passing a written test but never having driven a car. It’s like ‘here’s a driving license’ but you don’t know how to f*cking hit the gas, you don’t know how much brake you should apply. When you see some of these people that are judging, you know they’ve never done anything. They don’t have any idea of what’s going on, they just have a cursory understanding of fighting, and that’s not acceptable for the highest level of the game.”

Do you agree with his comments on MMA judging?